I’m not exactly sure how long Orange Julius’s have been around, but I remember first having one in my childhood– maybe when I was 16 or 17.  Since then, if there was an choice between ice cream or Orange Julius, I’d go for the OJ every time.  Tart, yet sweet.  Creamy, yet slushy.  There’s just nothing that compares to this frozen sweet treat.

It should be noted that I asked where he was from, certain he was going to say Mars, since Orange Julius are now offered around the world.  Or the Great Depression, when sugar was scarce.

(Eyes the size of small saucers, rapt attention, sitting on the edge of my seat) “So… um… where are you from?!”

Ohio.  Hm.  Never been there.  I have hopes of visiting every state in the Nation someday.  Maybe I’ll save Ohio for last. 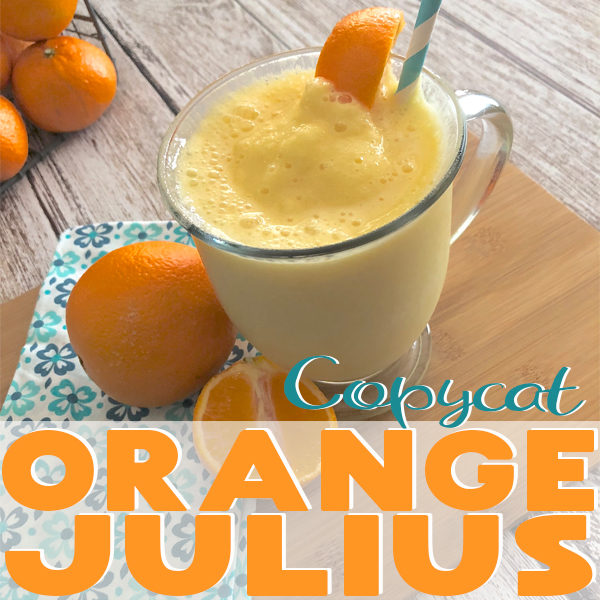 So, I say that this is a Copycat recipe, but it’s actually kind of our own version.  True, we use most of the same ingredients, but we also add one that we think makes it stand out above the rest.  Since it is only a few simple ingredients, blended together and served immediately, this is one of those that we make often when we need a quick cool down and sugar fix.  Especially when it feels as if we’re melting on the surface of the sun.  We’re not as hot as Arizona right now (120 degrees the other day– how is that place not actually in flames?), but we are having multiple days over 100 degrees regularly.  Grab your blender, let’s get started!

Combine all ingredients into your blender. 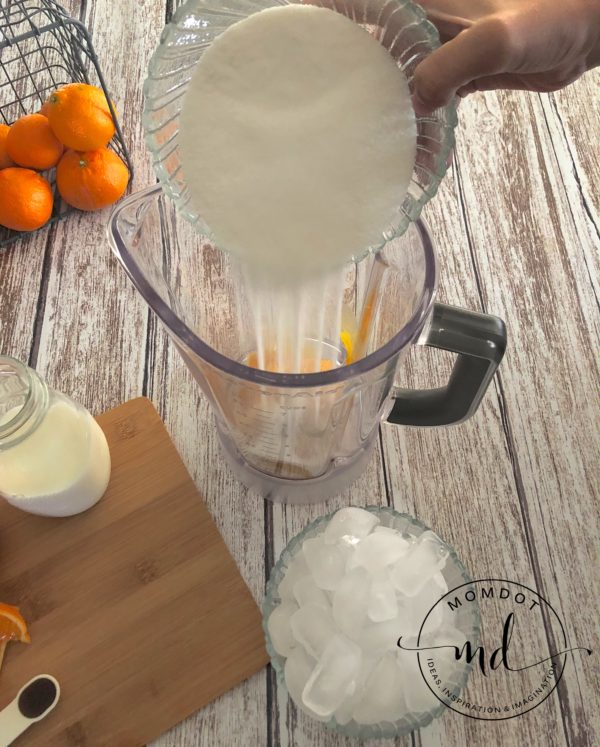 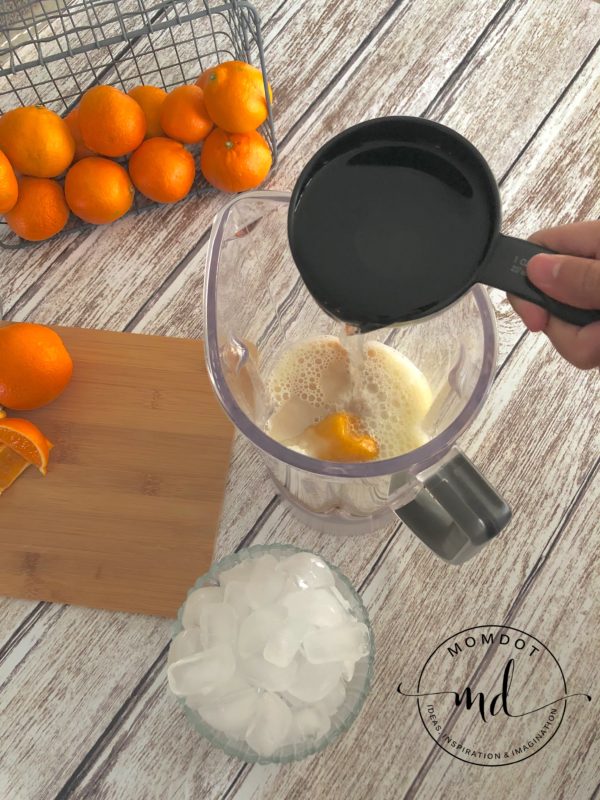 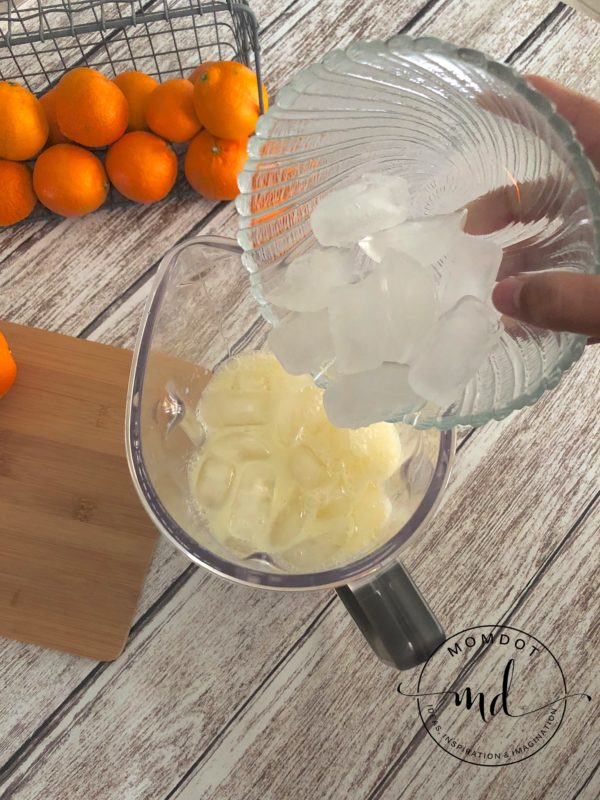 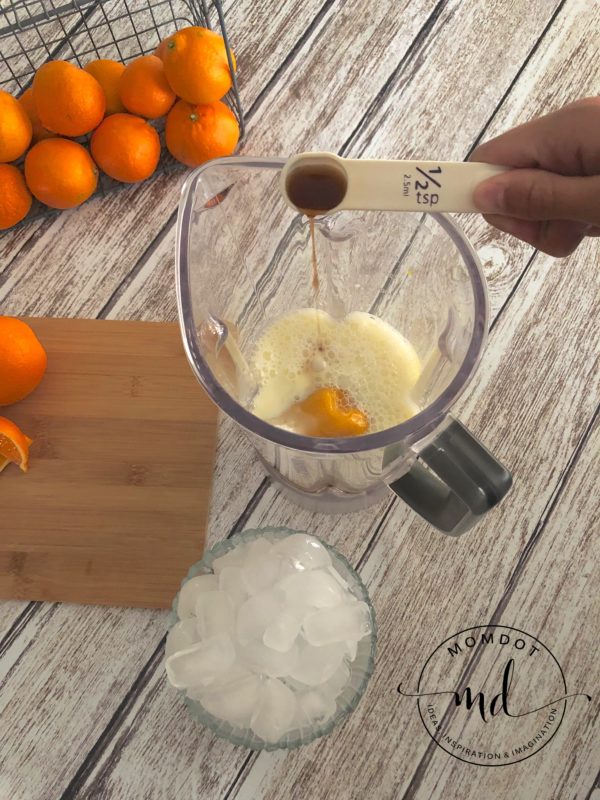 This is where it can be a bit customizable.  You could stop blending the moment you notice everything is incorporated.  This will give you the more slushy texture.  Or, you could blend until you don’t really hear any more crunching of the ice.  The more creamy you want it, the longer you’ll blend.  It is delicious however you like it.  Serve and consume immediately. 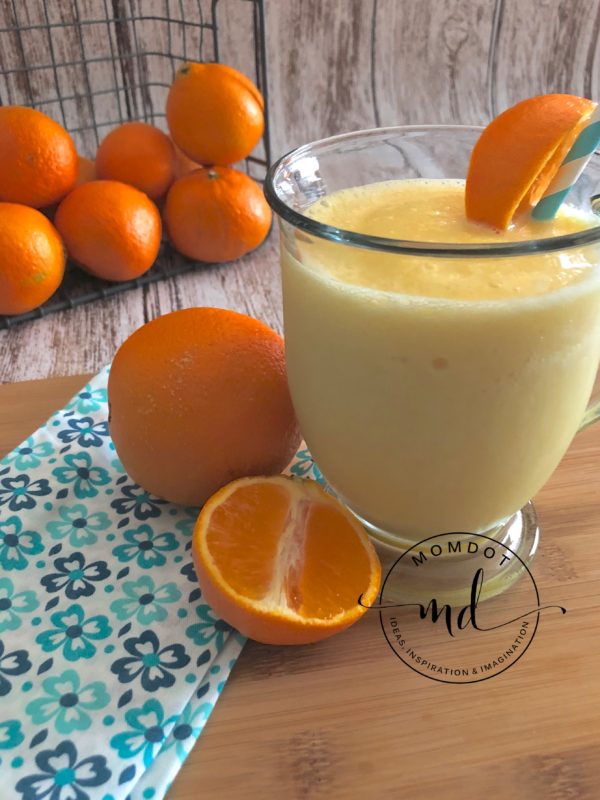 You also do not have to use the vanilla extract.  We think it gives it a great flavor, but it is not necessary.  Try it with and without, and comment your favorite flavor! And if you love the taste orange check out this Orange Julius in cake form! 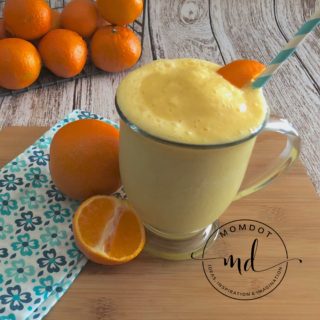 A tangy, yet sweet, creamy, yet slushy frozen treat.

OTHER SWEET DRINKS YOU MAY NOT HAVE HEARD ABOUT 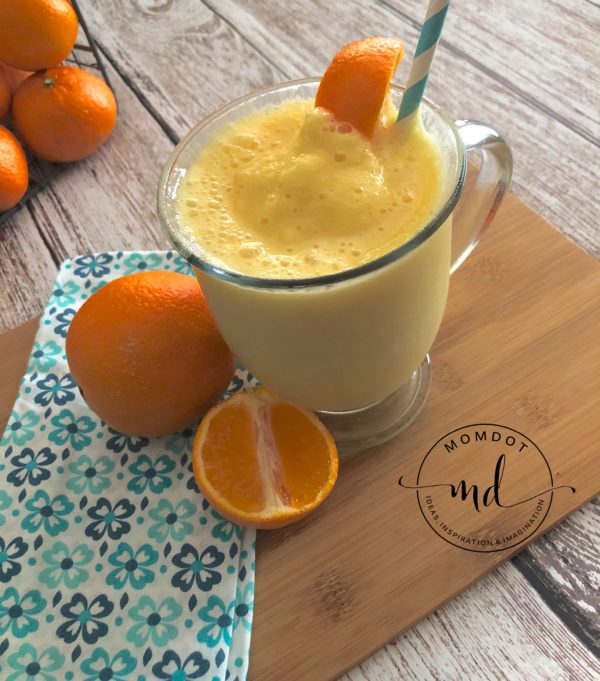 If you haven’t heard of Orange Julius, try it.  You’ll love it!!  You’re welcome.  If you have tried one and love it, comment below whether you like or do not like the vanilla extract!

Stay cool, if you’re like me and yearning for a bit of Autumn!

Tweet
Pin329
Share4
333 Shares
Note: this article may contain affiliate links. If you make a purchase using one of these links, I may be paid a referral fee at no expense to you.
« Sun Catchers: A Kids Craft DIY
Cotton Ball Ghosts with Free Downloadable Ghost Template »