From peanut butter to roasted snacks and candies, peanuts are popular nuts used in cuisines all around the world! They’re easy to grow, fairly affordable, and above all, they taste great in a wide variety of recipes! But did you know that there are 4 different types of peanuts on the market with different flavors and sizes?

In fact, the peanuts used for making peanut butter might be different from the ones you snack on casually! One thing you should know is that all these different types of peanuts come from the same plant, which is Arachis hypogaea.

However, these varieties have emerged from years of selective and wild breeding. If you want to know everything about these 4 types, keep on reading!

Runner peanuts are by far the most common type of peanuts grown in the U.S. and the most popular variety of peanuts among consumers.

In fact, Runner Peanuts are a group of multiple subtypes of peanuts that all make up the runners.

They make up to 80% of all peanuts grown in the U.S. with over 1.3 million acres growing them across the peanut-producing states. They were only introduced in the 1940s, but their popularity has skyrocketed ever since because of their characteristics.

The kernels of the runner peanuts are known for being uniform in size and having a delicious taste. Also, they roast quite easily and have high yields, which is why a lot of states have shifted to cultivating them. In fact, Georgia is one of the states that currently almost only grows runner-type peanuts.

In addition to Georgia, other states that are popular for cultivating peanuts are Alabama, Texas, Florida, and Oklahoma. The peanuts require sandy and well-drained soil as well as a warm climate to grow, which is available in all these states.

Outside of the United States, runner peanuts are also the most commonly grown ones in many producing countries, such as India. However, runner peanuts might go by different names there, such as “bold peanuts”.

Since they’re the most commonly consumed type and due to their exceptionally great taste and consistency, runner peanuts are used for making peanut butter, as well as making salted peanuts in confectionery and candies.

As previously mentioned, runner peanuts are made up of a variety of different subtypes that are almost indistinguishable by the general public. These subtypes include: 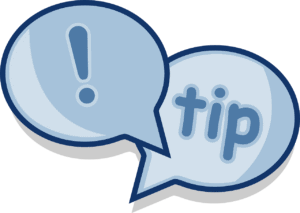 When purchasing runner peanuts, you should make sure that they’re plump and uniform in size, as uniformity is one of their most common characteristics of a good runner-type peanut.

If you’re buying them with kernels, they should make a subtle rattle if they’re shaken because of the size uniformity.

Runner peanuts can be stored if they’re shelled for almost a month or two in the pantry.

However, once they’re unshelled, they must be refrigerated and kept in an air-tight jar or bag to stay fresh. Alternatively, runner peanuts can be stored in the freezer for up to one year.

While all peanuts types have very similar nutritional value, runner peanuts are known for their balanced sodium, potassium, and total fat content, which is the reason they taste so great!

Spanish peanuts are bunch-type peanuts. They have smaller kernels, oblong shape, and are popular for their bright red to reddish-brown skins that adhere to the peanut.

This type was the most popular one in the States until the runner peanuts were developed and overtook the throne. Currently, they only make up 2% of the total production.

The peanuts got their name because they were introduced to the world and developed in Spain, although they actually come from Brazil. It’s the most common type of peanuts in China where they’re called “Hsuji”, making it the most commonly consumed type of peanut outside of the U.S.

Spanish peanuts can be used for making peanut butter. However, since they score higher in terms of shelf life, they’re more commonly used in salted snacks and the peanut candy industry, such as peanut chocolate bars.

Similar to the Runner peanuts, the Spanish ones also have their own subtypes. However, they have fewer varieties in comparison. The subtypes include:

If you want to get the best Spanish peanuts, make sure that you look for peanuts with reddish-brown skin. The ideal Spanish peanuts will have a consistent color and size with an oblong shape rather than a round one. You might find some with streaks on the red skin. These are perfectly normal and taste great, too.

As previously mentioned, the Spanish peanuts’ longer shelf life is one of the reasons they’re a staple in the candy and snacks bars industry. They can be stored in the freezer for over a year or left in an airtight, dry, and cool area in your pantry for a couple of months.

When compared to other types of peanuts, Spanish peanuts have the highest peanut oil content. This makes it excellent for peanut crushers and those consuming peanut oils.

Since it’s rich in oleic acid – a highly beneficial monounsaturated fatty acid – the Spanish variety is popular among weight watchers and athletic people.

For that reason, a lot of recent research has been done to produce varieties that are even richer in the fatty acid. The Ole Spanish is the outcome of one of these extensive trials, which was released in 2015. 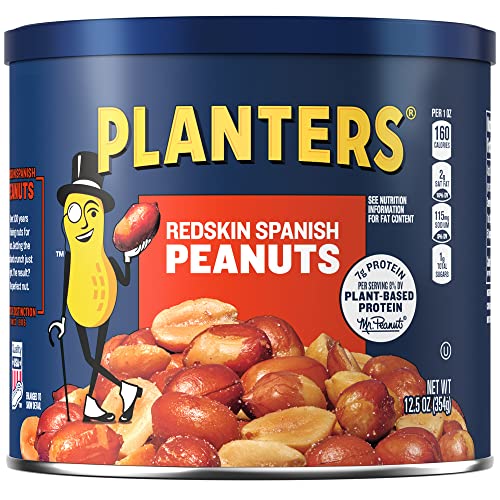 Virginia peanuts are known for being the largest peanuts in terms of size. The peanuts are mainly grown in Virginia, North Carolina, South Carolina, New Mexico, Floria, Texas, and Oklahoma.

They’re often called “cocktail nuts” and are roasted while in the shells. They’re slowly gaining popularity in today’s market and currently make up about 10% of the national yield.

Due to their large size, they’re usually in-demand for salted and packaged peanuts in the snacking industry and are rarely used for making peanut butter.

The most common subtypes of Virginia peanuts are the largest ones, which are commonly sold as packages in stadiums and ballparks, including:

Virginia peanuts are the Cadillac of the peanut world. Since their size is their largest asset, make sure that you buy large ones that almost don’t rattle when they’re shaken. Also, since they’re roasted in shells, buying them unshelled might not be ideal.

Keep the peanuts shelled in an airtight jar rather than a bag to make sure that you don’t crack the shells. They’re good for almost a year in the freezer or a couple of months in the refrigerator. 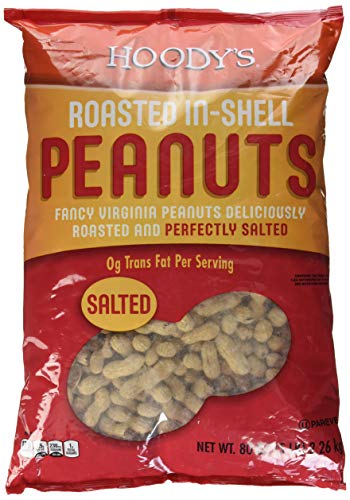 Lastly, Valencia peanuts are the least frequently grown type in the States. They’re mainly produced in certain regions in West Texas, Tennessee, and New Mexico. The peanuts are known for being the sweetest of the four and have similar bright skin to the one found in Spanish peanuts.

Due to their sweet taste, they’re mostly used for boiled peanuts and all-natural homemade peanut butter.

Look for peanuts without cracks and undamaged shells. You can test that out by inspecting some of the peanuts for scars and wormholes.

They can be stored in shells (preferred) or unshelled. Since they’re used for homemade recipes, they’re best kept in the freezer where they can last anywhere between 9 to 12 months. 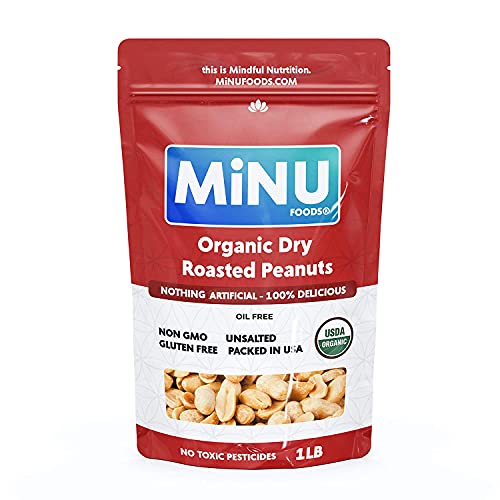 There you have it. A complete guide that walks you through all the 4 different types of peanuts that you can find on the market!

While all these varieties come from the same plant, each of them has its own characteristics that qualify it for different uses according to the market condition. Be sure that you get yourself a bag of these types of peanuts and have a taste test, yourself!

Tweet
Pin
Share
0 Shares
Note: this article may contain affiliate links. If you make a purchase using one of these links, I may be paid a referral fee at no expense to you.
« 11 Types of Pedicures to Try At Your Next Spa Visit
12 Types of Journals to Put Your Thoughts on Paper »