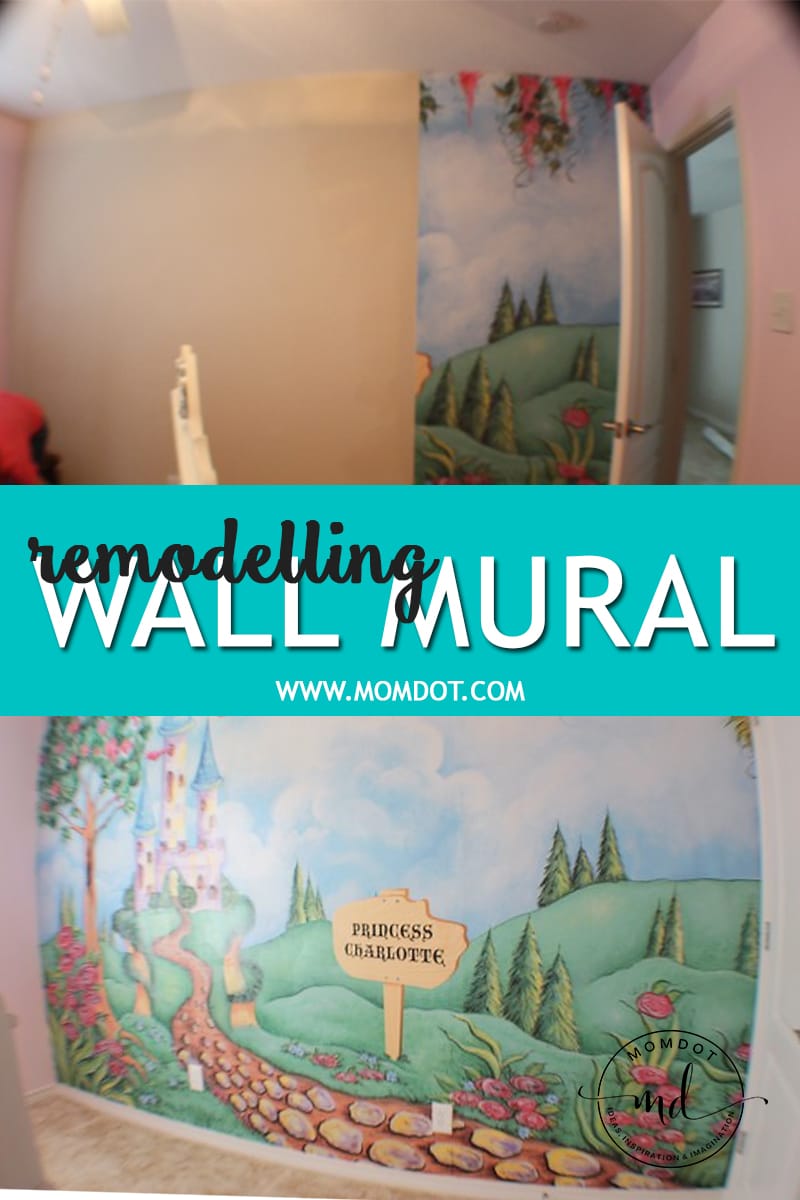 As you know over here in my house we have been doing some lifestyle household remodeling upgrades. Or redecorating rather. Now that I have moved on mostly from the living room (atleast I will if my DH every gets the shelf I bought on the wall), we are now onto (into?) Charlotte’s room.

Yesterday, I scammed my friend Shasta (whom I met blogging and is the owner of Blog Friendly PR) into coming over and hanging a mural on Charlotte’s wall. We got this mural from Murals my Way over a year ago (you can see this Princess Mural Here) but didn’t open it because at that same time, we put the house on the market and didn’t want to put it up here.

We foolishly thought we could sell our house. Ha.

Now that we are over that dream, we decided it was time to embrace actually settling in and the mural was the first thing on my mind. Now it was cut to fit a specific wall in her room. You would think that a mural with three panels, hanging just like wallpaper, would be super simple to put up. 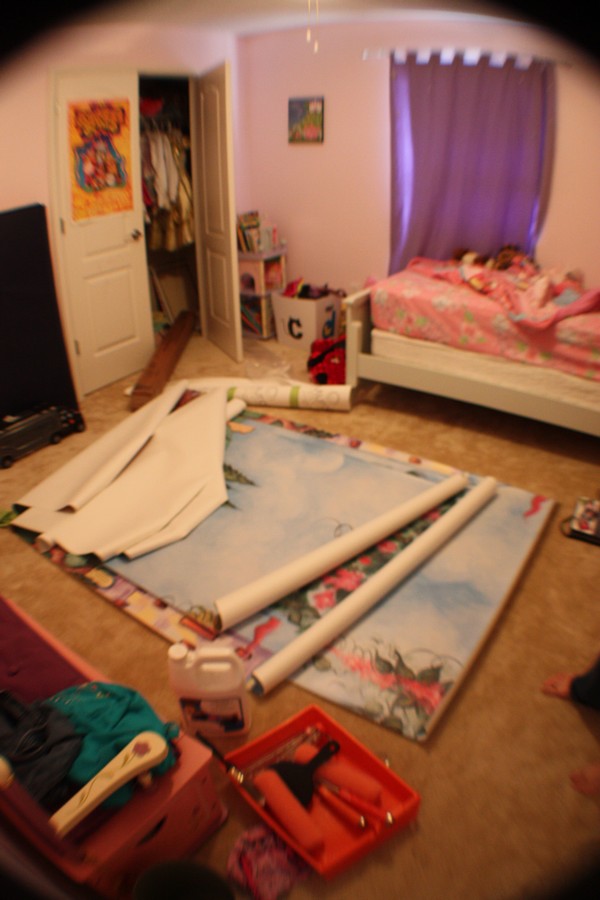 First, there were no instructions in the box.

Fine. I can Google. The instructions say something like “its so super easy a 1 year old can do it” and explain how to dust off the wall, apply paste to wall, hang up mural, smooth, done. Surely 2 grown woman that have battled poopy diapers, airplane red eye flights with 5 year olds, and the daily grind of twitter can do this. 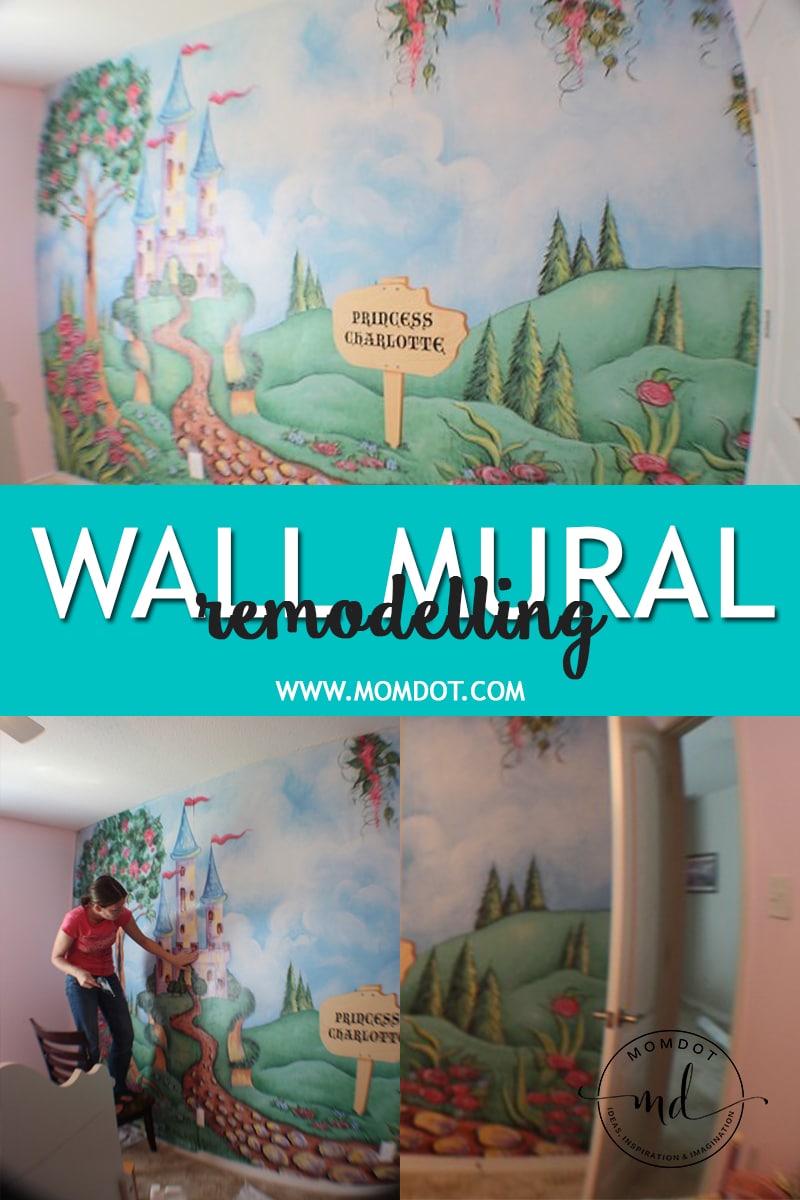 To hang a mural you will need:

Shasta and I started with the right hand side. I know its probably not a natural way to start, but I figured if we were going to make any mistakes, I wanted it to be behind the door. But the mistake we actually made was starting on the right side.

If you are hanging a mural, START FROM THE LEFT. 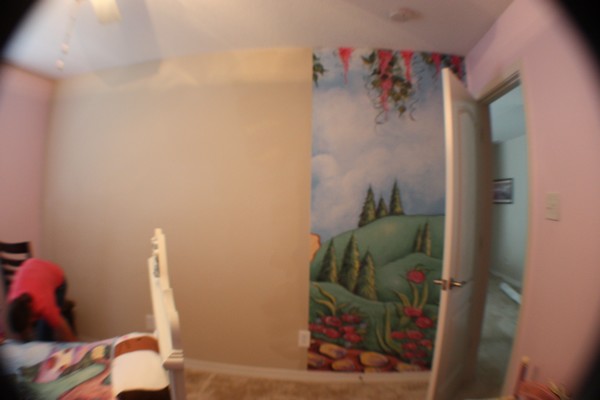 Murals are cut with overage and its not as simple as lining up the photo. Its really hard to explain and something you probably only learn by doing, but just trust me.

Not only are you battling the sticking and heaviness of the mural (which is vinyl, not paper), just because you get the bottom area lined up does not mean the top area will line up. 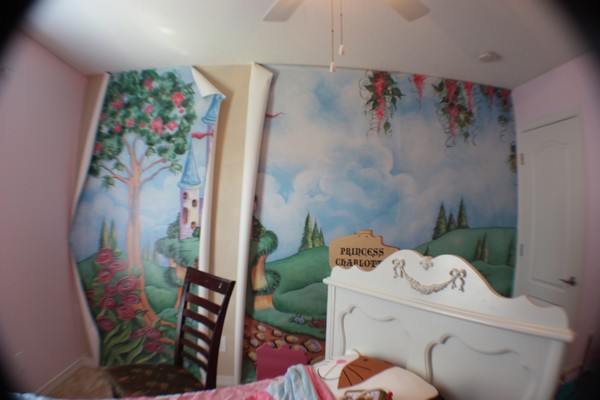 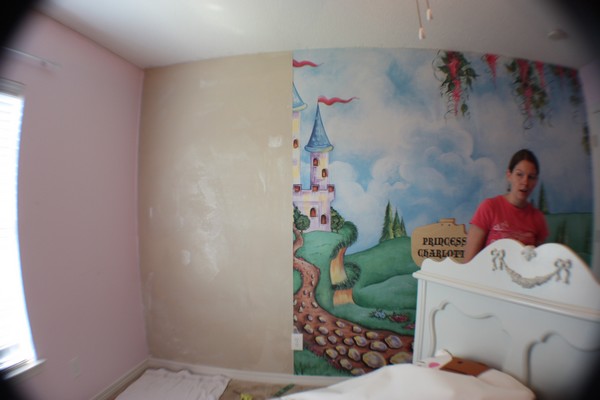 Tip: Slather a ton of wallpaper paste on the wall. We used a paint roller to “paint” in the paste, but it made it too thing. Wallpaper paste is like super expensive Elmer’s glue. Just dig in and throw it at the wall. Our biggest issue was that we were initially too conservative. 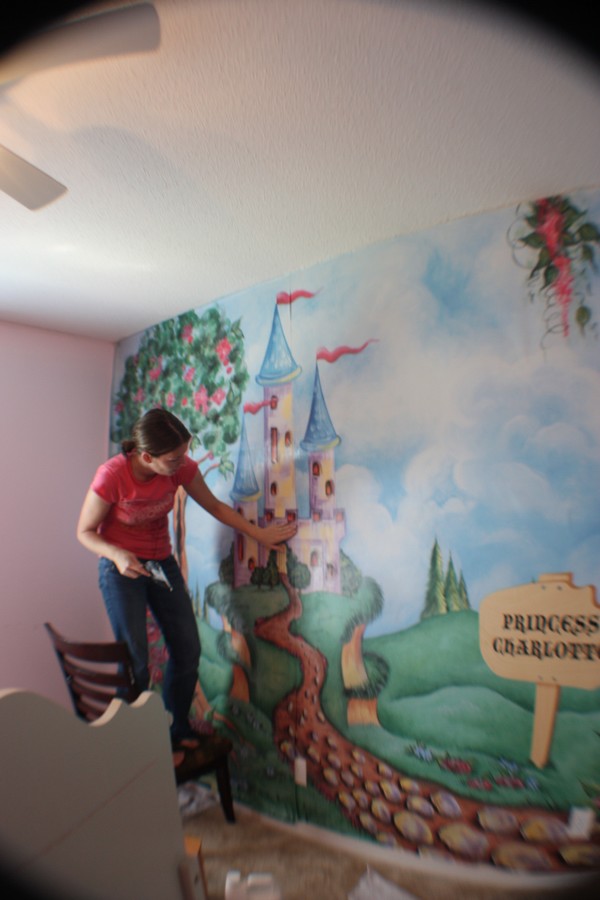 Tip: Stand back and take pictures claiming its for blog…be slow so friend does the work.

Originally we had cut around the outlet but after we had to adjust the mural again, now I have 2 cuts. Oh well. 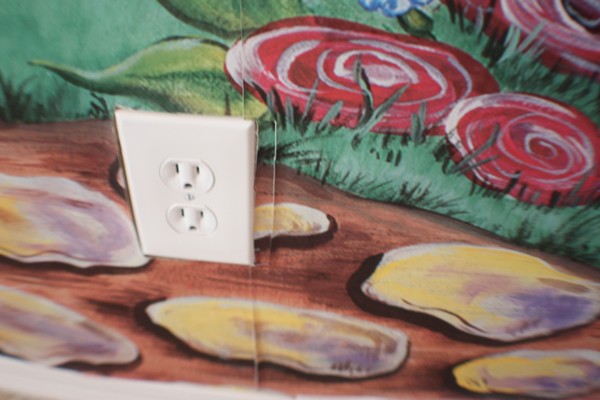 The whole thing took about 2.5 hours to get up and no, it isn’t perfect, but overall, I think we did a good job for novice mural hangers. 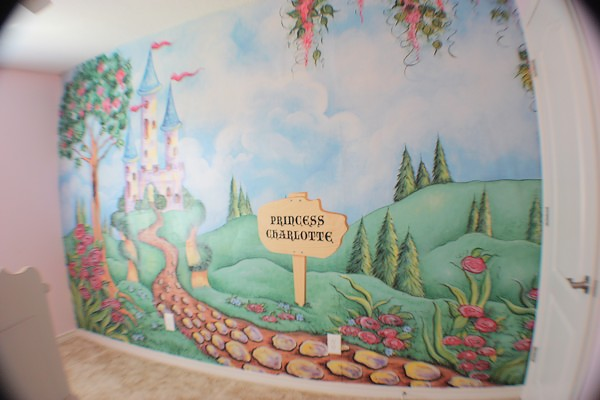 After all of that, as I was reading the online instructions for hanging, it said that murals can be removed and reused at at least once. Good thing I waited a year to hang it. Figures, right?

Charlotte comes home, doesn’t say a word to me about it. I finally ask, did you see your mural? Yep. Do you like it? Yes.

It’s like talking to a teenager. Maybe I’ll have to host anniversaries of the “Wall Mural Hanging”  for her to apprieciate it more.

Anyhoo, so…what do you think? 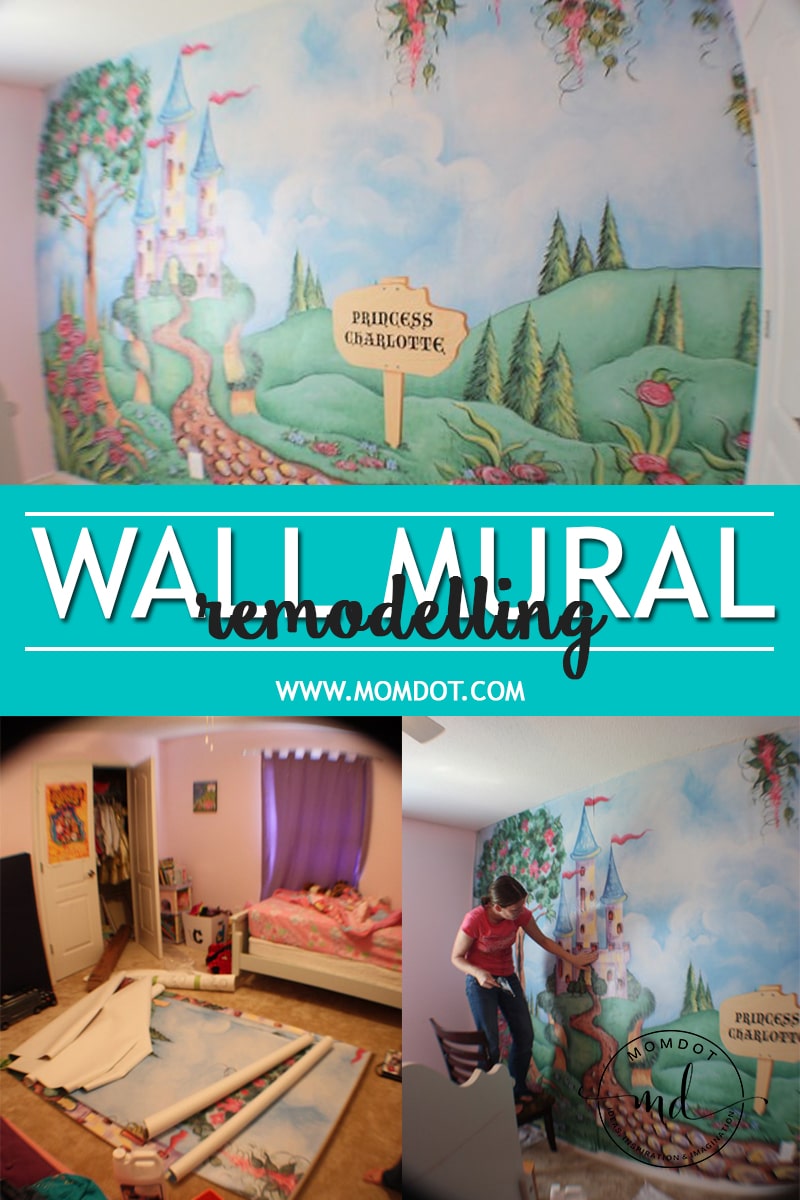 Tweet2
Pin171
Share
173 Shares
Note: this article may contain affiliate links. If you make a purchase using one of these links, I may be paid a referral fee at no expense to you.
« One bad day out of every Seven-hundred isn’t that bad.
Heart Healing »