Wool might be the only material that has maintained its popularity throughout the centuries of human history. The Ancient Egyptians were fully aware of its value, which explains why they built full factories to make wool into clothing. Thousands of years later, wool is still widely used as the highest quality material for winter clothing. We all know how wonderful wool is for making clothing, but what you may not know is that sheep’s wool isn’t all the same. There are multiple types of wool, thanks to the extensive variety of sheep species. In this article, we’ll be covering 13 essential types of wool!

Merino may be the most common wool type on the market. It comes from merino sheep, which are bred and raised in Australia; but despite that, the sheep species has Spanish origins.

Merino is one of the softest types of wool, and it’s known for its extra-fine fibers. These qualities make it ideal for garments that have direct contact with our skin. Merino wool’s diameter goes around 20 microns, making it one of the finest yarns used for clothing.

Before processing the wool, it’s full of grease and fats, which must be removed before the thread goes into the textile. Therefore, the wool goes under a scouring process to remove lanolin before making it into yarn. The method includes washing the Merino wool in powerful chemicals to eliminate the unnecessary layer.

As a result, the wool has a lower yield than most other types, as it goes down to almost half of the initial amount. Merino’s high price is also another result of this extra manufacturing step. 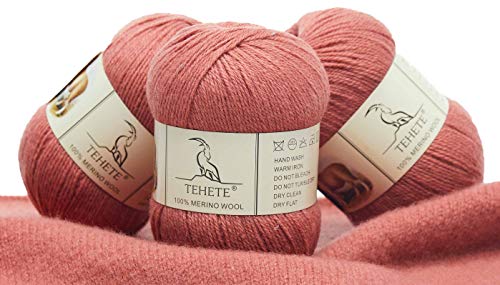 If you think Merino wool has the softest feel out of all the types of wool, think again. Cashmere wool has a diameter of 18 microns, making it one of the most delicate kinds of yarn available. That might be why it has an exceptionally high price – but it’s not the only reason.

The high price is mainly due to the wool’s scarcity. Cashmere goats can only produce up to 150 grams a year, making it hard to fulfill the wool’s high market demand. For a single sweater to be created, it’ll need two goats with full coats.

That doesn’t mean the goats are unable to grow a coat. The thing is, Cashmere wool comes from the undercoat, which typically sheds in lower yields.

The wool’s name comes from the region where the goats are grown: Kashmir, India. They shed the luxurious wool during the molting season. 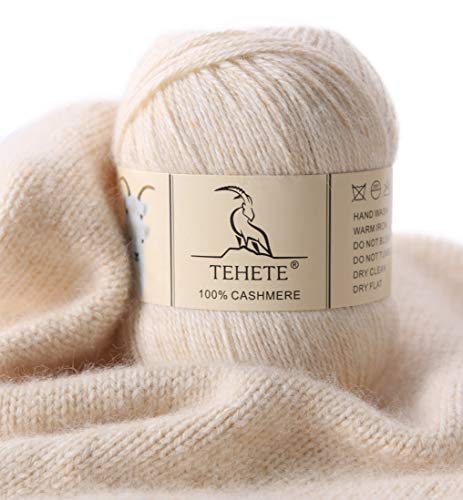 Mohair wool is one of the thickest types of yarn, thanks to the Angora goats that grow it with thick coats. It’s one of the wool types that underwent controversies due to the treatment of Angora goats to obtain the wool. Although it’s possible to get the yarn without any harm coming to the animals, many manufacturers disregarded that.

The animals’ abuse is one of the reasons the wool’s popularity diminished after the ‘80s. Nevertheless, the wool is still widely used in the clothing industry due to its crimping qualities that are hard to come by in other types of yarn. It comes from the goat’s topcoat, which is usually curlier than the undercoat.

The goats are also grown in mild climates, contributing to the wool’s long length and shagginess. 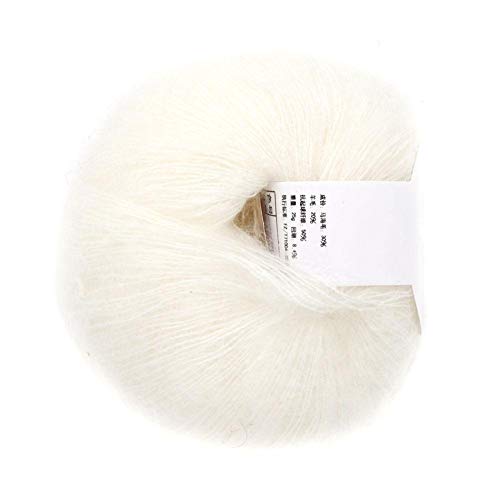 The people of South America pride themselves on their bred alpaca wool. They’ve been spinning it into yarn for thousands of years, thanks to the abundance of the Alpacas on the continent. The wool is obtained from multiple species, but the most expensive wool is courtesy of the Suri alpaca.

Alpaca is softer than Cashmere and Merino, standing at a diameter of 15 microns. However, it’s different from the two because it roughens with age, which is why the wool doesn’t go in the making of clothes alone.

Garments labeled alpaca wool are usually a blend of alpaca and a less expensive type of yarn. That way, the result doesn’t cost much, and the draping qualities are improved.

Manufacturers prefer alpaca to other types of wool because it’s naturally hypoallergenic. On top of that, it doesn’t demand a lot of preparatory steps. 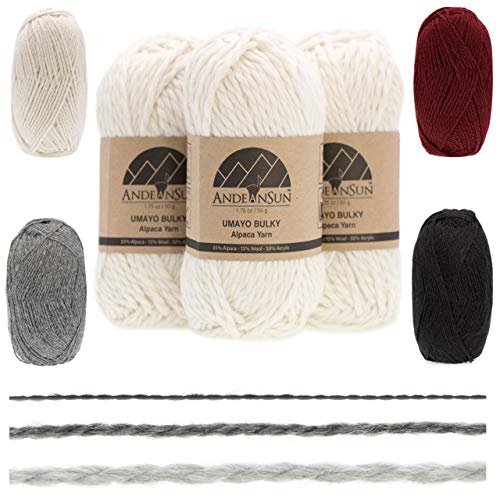 The camel’s wool is used in clothing mainly because its undercoat is very soft, but that’s not the only reason. Its exceptional insulation properties are the reason it’s ideal for winter clothing. Despite that, the wool is a bit rough, so it’s mostly used in over-wear garments that don’t touch the skin.

Camel wool is one of the least durable wool types, although it’s among the expensive ones. That’s because it gets worn out quickly, regardless of the processing it went through.

As for the high price, it’s due to the wool’s scarcity and difficulty to obtain.

Virgin wool is mostly known as lamb’s wool, but this is its original name. It’s not widely used because it also refers to yarn that’s not recycled, so it’s one way to avoid confusion. The wool is obtained from a young sheep’s first shearing, and it takes around seven months to shear.

Like Alpaca wool, virgin wool is also naturally hypoallergenic, giving it an edge over other wool types. Thanks to the early shearing of young sheep, the yielded wool is highly soft and fluffy. 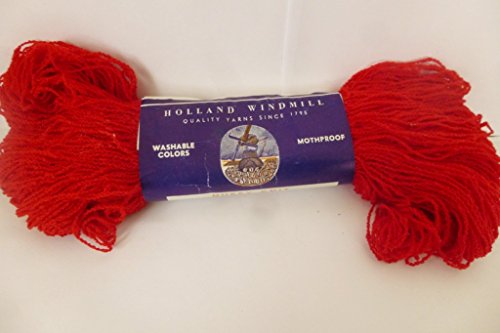 Contrary to all the aforementioned types of wool in our list, Angora wool isn’t obtained from sheep. Instead, it comes from rabbits. A lot of people confuse it with Angora goat because of the names, but it’s much different from mohair wool.

Angora wool is unrivaled when it comes to lightness, warmth, and fineness. It’s one of the best natural fibers, thanks to its smooth feel and delicacy. Unfortunately, the exceptional qualities come at a price. The wool isn’t as durable as other types because it’s too thin, which pushes manufacturers to blend it with other fibers.

They also do this to prevent the wool from felting or matting, which it’s susceptible to. The rabbits’ coats must be combed every day to yield this wool, which is part of the reason for the high price. 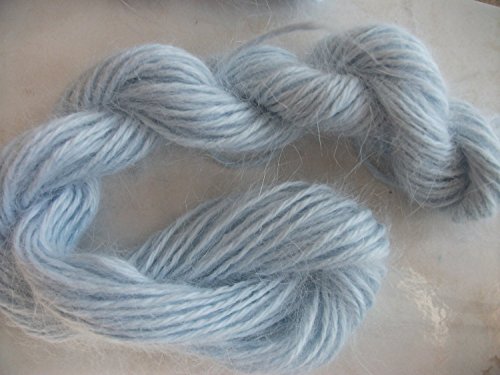 Vicuna wool is a cousin of Alpaca wool since the two animals are closely related. However, Vicuna is only grown in Peru, and it’s the most expensive wool on the globe. The reason for the high price is simple; Vicunas are in danger of extinction, and the Peruvian government is doing the best it can to protect the species.

So, only a few animals are used to shear the wool.

Llama wool is one of the roughest wool types, which is why it’s mostly used for outerwear. It’s grown by llamas, which are also related to alpacas. Llama breeders are rare, and breeders who produce the wool are even rarer, which is part of the reason for the wool’s scarcity on the markets.

Llama wool has a glisten to it that’s not easy to come by in natural fibers.

Now, we have wool from sheep, rabbits, goats, and alpacas. Qiviut wool is a variation of the ordinary; instead of the previously-mentioned animals, it’s grown by musk oxen, which live in Alaska.

The ox’s wool is extremely rough, which contributes to its exceptional insulation qualities. It’s said to be eight times more insulating than other types of wool, which is why it’s mostly used for gloves, caps, and severe weather gear.

Does the name ‘Cashgora’ ring a bell to you? If it doesn’t, let me remind you! Cashgora is a crossbreed of Cashmere and Angora goats, which is the reason for its odd naming. The wool isn’t as fine as Cashmere, but its fineness is better than that of mohair, making it an ideal blend of both.

You won’t find much clothing on the market labeled Cashgora. It’s pretty scarce wool, and it has limited uses, unlike the two original breeds.

Border Leicester wool is obtained from a sheep species that lives in Leicester (hence the name). The sheep wool is known for its long fleece and durability. Unlike most fine wools, it’s durable enough to use alone without the need for blending. 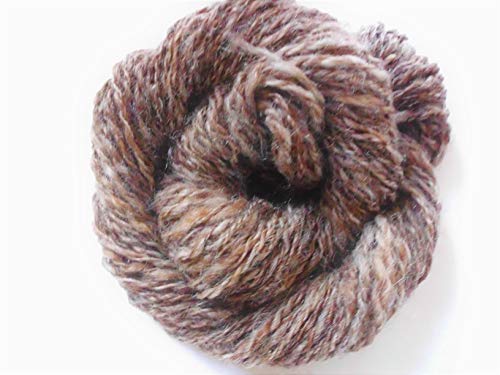 Cheviot wool is considered the least common wool type on our list. It comes from a Cheviot sheep’s coarse wool, and it has this name because the sheep live in England’s Cheviot hills.

Cheviot wool results in medium woolen fabric that has a fuzzy texture. That’s why it’s mostly used for coating purposes. 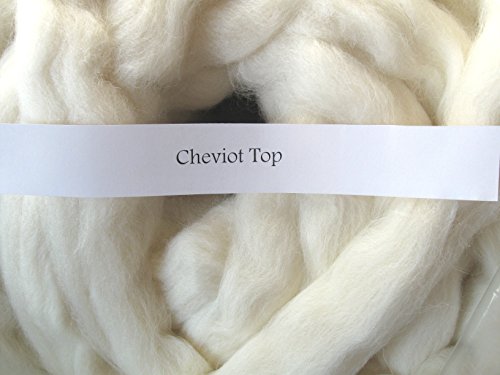 As you’ve seen, wool isn’t limited to Cashmere and Merino. There are multiple types of wool out there that are probably sitting in your wardrobe without your knowledge. The next time you buy a wool jacket, check its label and see if you’re getting an Angora goat’s wool or a Merino sheep’s soft coat!

We hope our guide to the types of wool has been helpful!

Tweet
Pin
Share
0 Shares
Note: this article may contain affiliate links. If you make a purchase using one of these links, I may be paid a referral fee at no expense to you.
« The Benefits Of Considering Frozen Donor Egg IVF
Types of Quilts: 11 Patterns to Try at Home! »