Phoenyx is such his fathers son.

He does his own hair.
He flosses and brushes.
He puts on cologne.

The shaving this new. I had no idea when he decided he wanted to shave but it was just a mere week or two ago when I realized the water in the bathroom was on for a long time and went to check. I found him standing on a stool, fully decked out in shaving cream and getting ready to shave. With a real razor.

This might be OK for boys like 12 (heck I don’t even know what age boys shave) but for a 3 year old it could spell disaster. Now I don’t want to tell him it’s wrong. I want him to have good grooming habits so I had to think of a way to let him shave but not use a real razor. We had a discussion that daddy’s razor is just for a daddy’s face and I went on a hunt for something else that moment.

Then I found something perfect.

After opening the bathroom drawer and my eyes falling on a tooth flosser it was perfect. A good size, the same shape as a razor- total win! I gave him his “own” razor and its been history since. 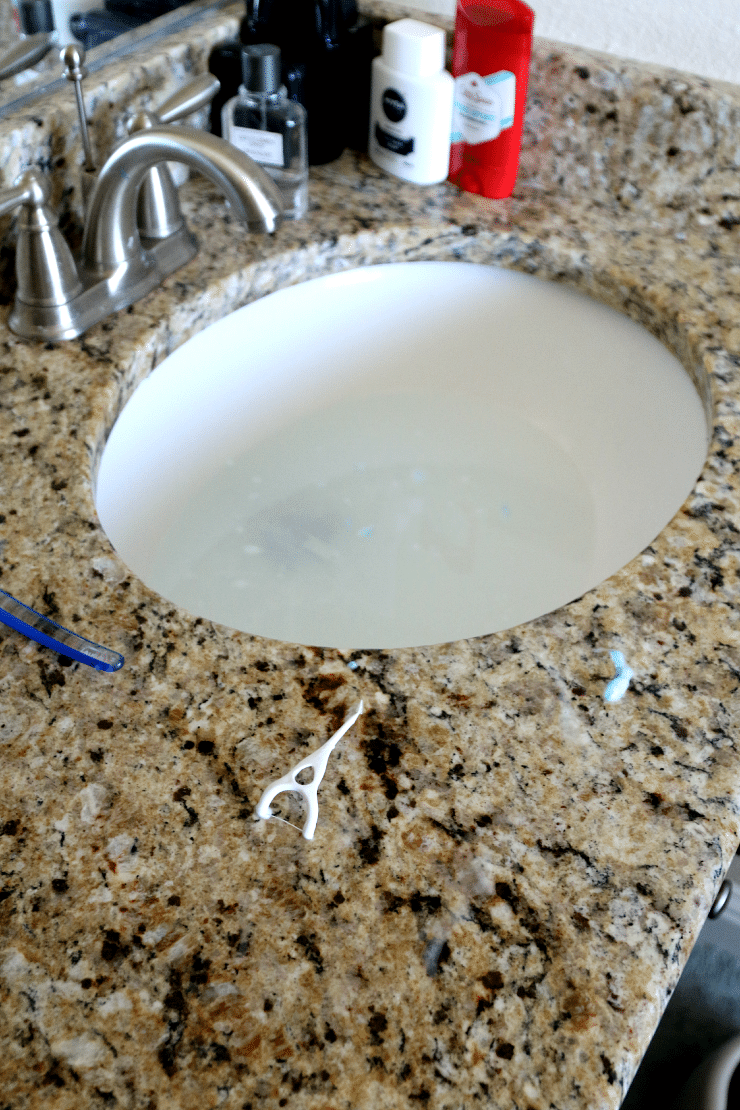 He goes into the bathroom before preschool and does all his personal clean up. And this weekend my husband comes sneaking into my office and says “you might want to bring your camera.”

There was little P, chin to head in shaving cream, acting like a little man and I took a few shots before I was told to get out of the bathroom and give him some privacy. 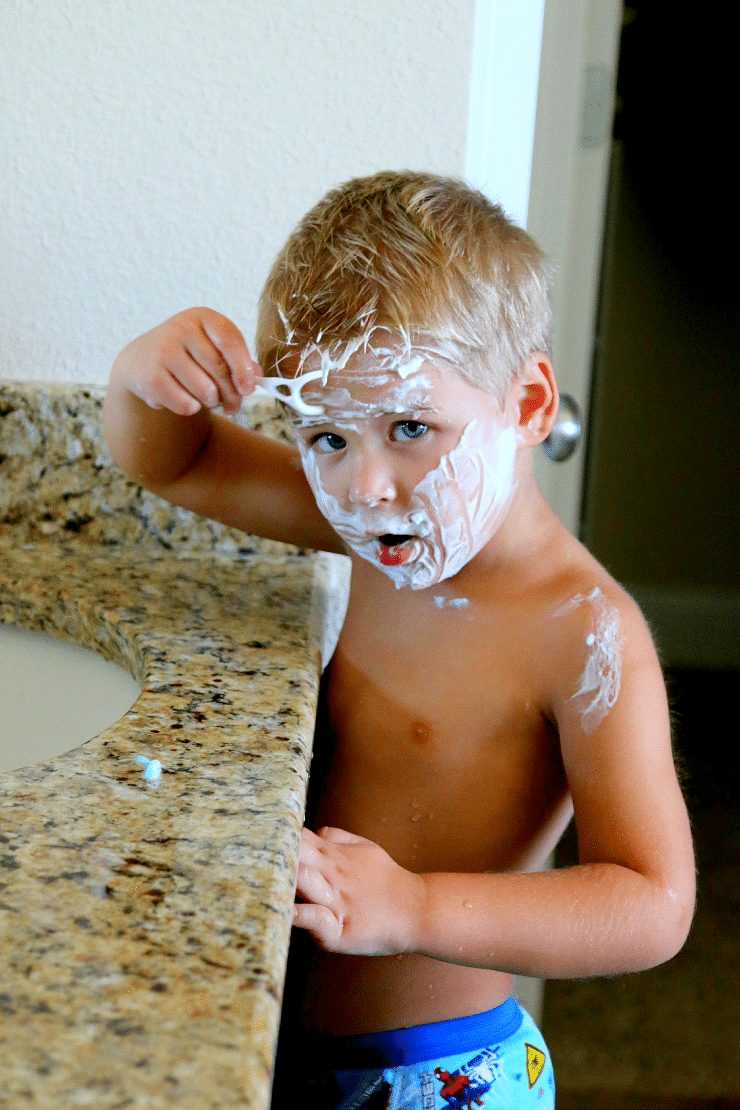 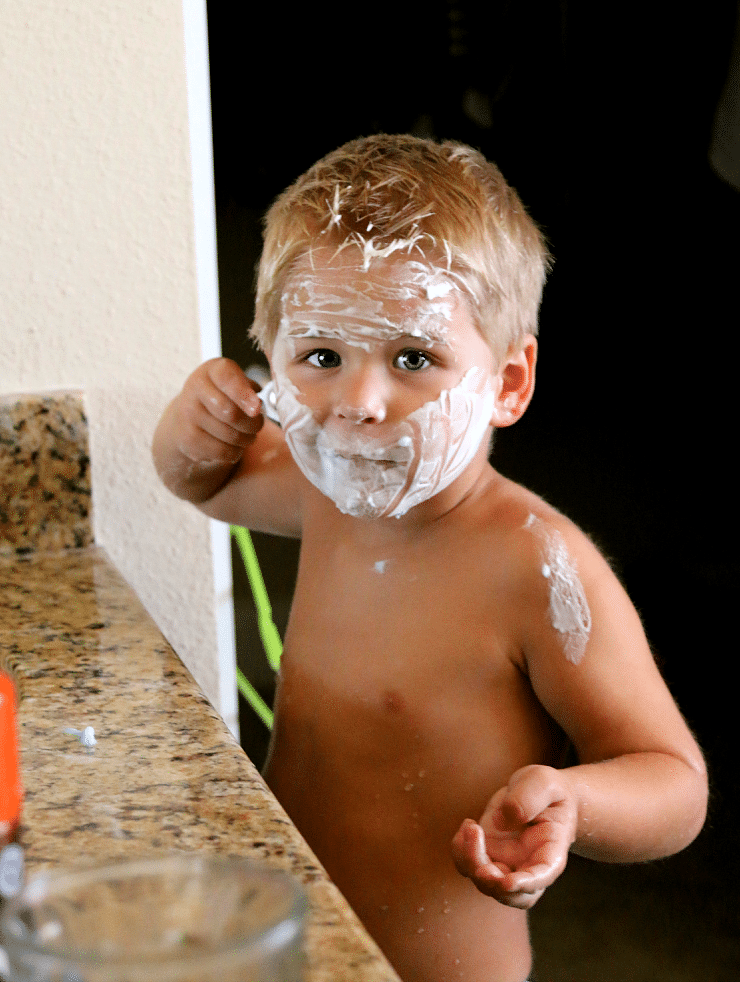 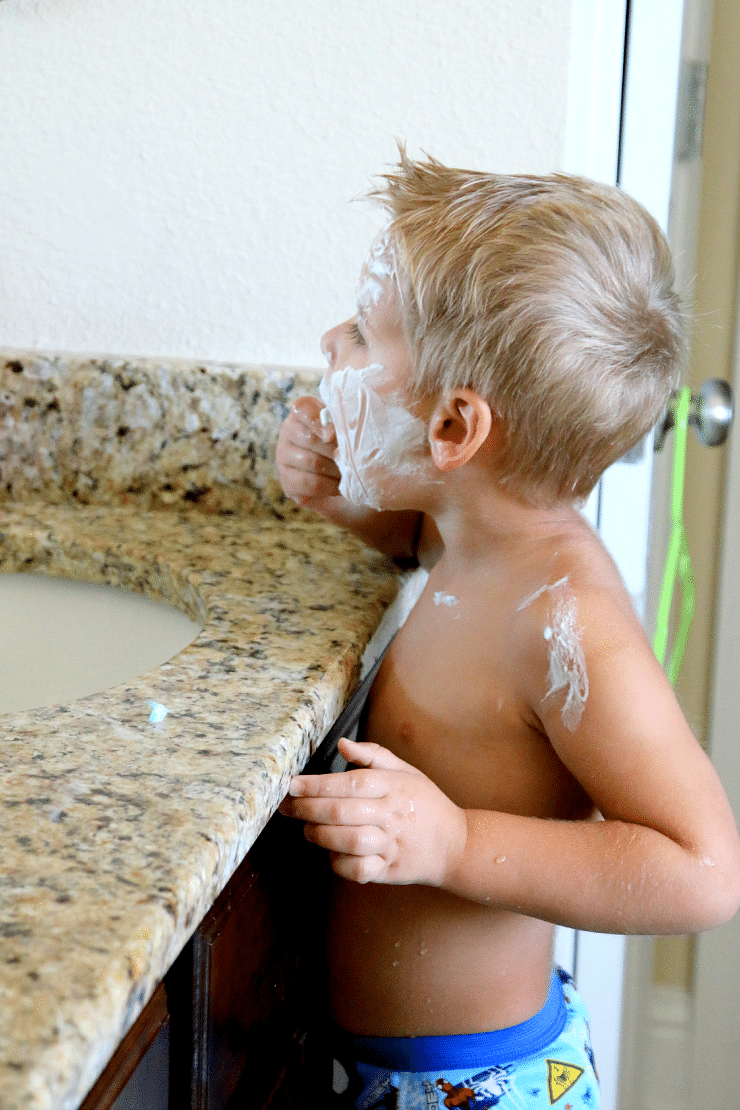 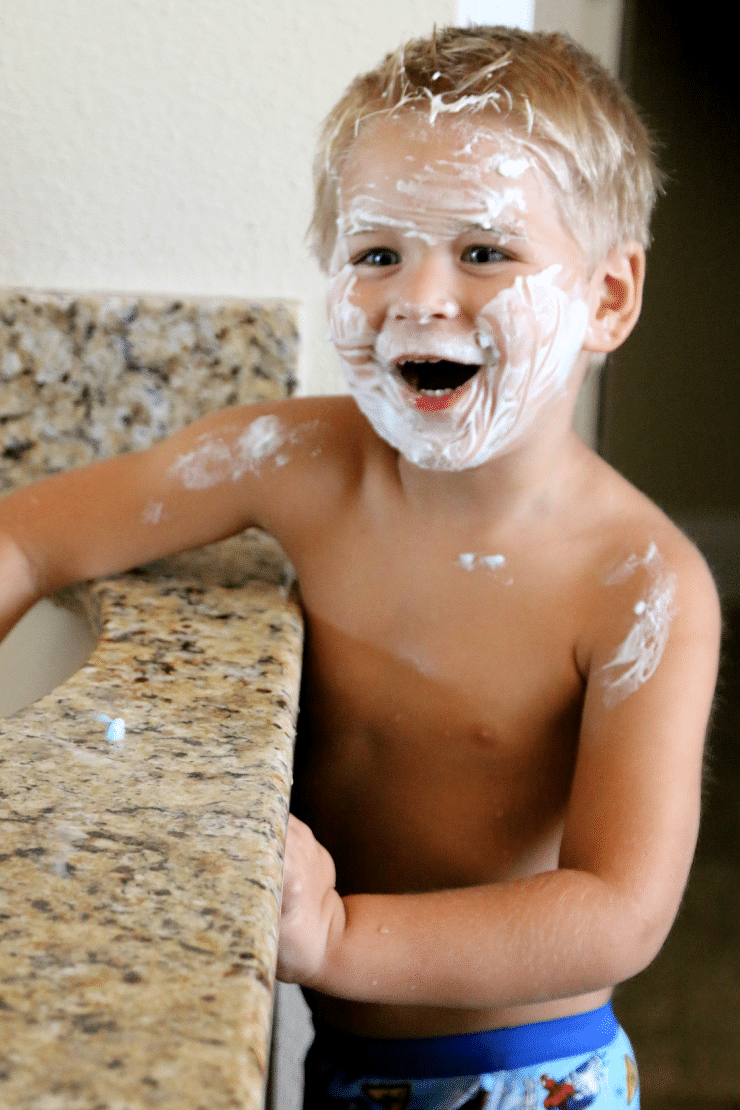 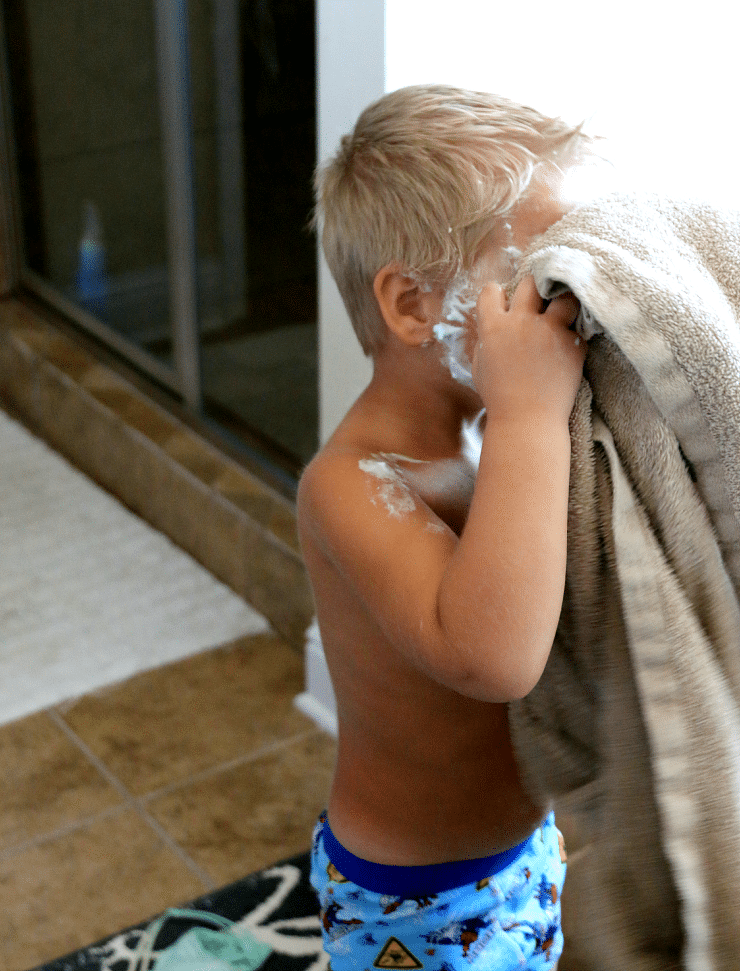 There ya have it- a mini flosser makes a perfect little boy “razor” – just dont mix that one up with your teeth.

You will NEVER get that taste of your mouth.

Tweet6
Pin3
Share
9 Shares
Note: this article may contain affiliate links. If you make a purchase using one of these links, I may be paid a referral fee at no expense to you.
« Free Printable: I am Thankful for
How to make a Cinnamon Stick Star Ornament »