I think I am turning into a travel blogger…Universal Studios, Medieval Times, The Biltmore, Disney, and an upcoming cruise in November.

But it all started with Universal Studios. A few weeks back my dad and I went down to the Tampa area for the opening of the football season and took an extra day to make a pit stop in Orlando to visit the parks. Universal Studios was kind enough to accommodate us with 2 media passes so we could parooze what they had to offer- I haven’t been in many, many years.

The day started out quite dreary to be honest.

We woke up to an overcast sprinkly gray morning, but with no kids in tow, it was a lot easier to face. One thing I really love about Universal is when you arrive to the park via the Citywalk, its a pretty walk to the parks themselves.

The layout is unlike any other theme park in Orlando where after you drop off your car, you walk through a shop and restaurant filled location that carries you in the right direction. Let me mention that Citywalk also has Hard Rock Cafe and Margaritaville, both which of are worth hitting up if you are in town more than a few days.

Universal Studios vs Island of Adventure? 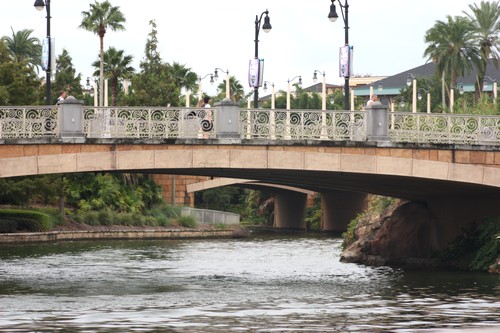 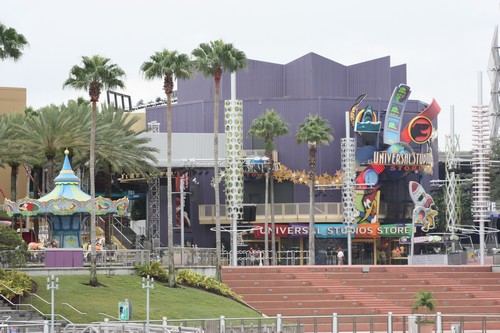 Universal hosts several parks in the area and one of the great things about purchasing a ticket is that you can get dual park entry . And since they are literally 100 feet from each other, you can walk out one entrance and right into the other park. No leaving the area, driving to a new location, and going through an hours worth of entry to eat up your day. If you have favorite rides in each park, and surely you will, you can go back and forth with ease.

We started out at Islands of Adventure.

I have been about 15 times to this park. As a college student, it was only an hour from me so we did our time there on the roller coasters.

Due to the rain, the park was nearly empty so it was 5 minute walks up to each ride.

Hands down the best ride in the park is Spider Man. 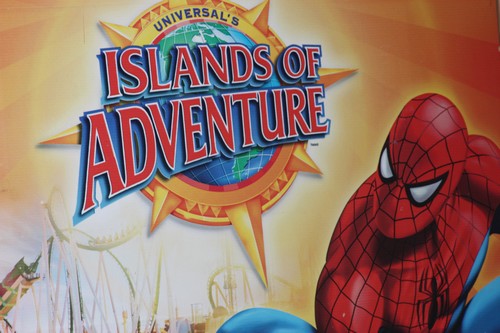 It combines movement, virtual reality, and a death defying experience that will get you laughing with either terror or fun. Even though the rest of the park is of course a great time, Spiderman will stay in your head a long time, so don’t be surprised if you feel let down by further rides after that.

Somewhere around 28 years old my equilibrium changed and roller coasters were no longer the fun thrill seeking adventure they were in my younger years. Against my better judgment, Alicia conned me into getting on Dueling Dragons, where afterward I spent the better part of an hour trying to keep my food down. Its a great coaster, one that has dual hanging seats that intertwine while they simultaneously “chase each other”.

In short, it will scare the doo-doo out of you.

ROLLER COASTER TIP: For the best ride skip the front row and ride the last row. It has a higher G-force. 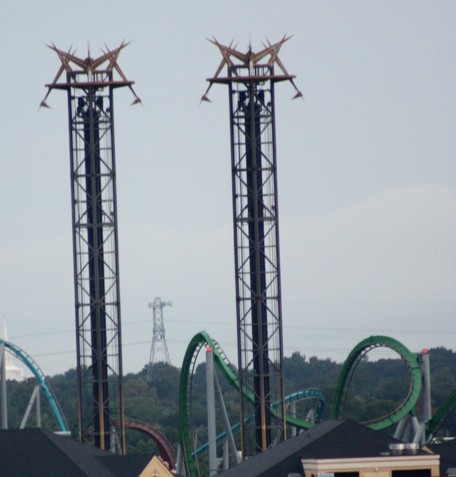 Islands of Adventure took us approximately 2 hours to go through without a child and we skipped a good majority of the roller coasters, death traps, and of course all the child locations/rides in the park. I have to say I was slightly disappointed in the pterodactyl ride being only for children

I completely understand keeping some rides for children only, but would love to see an adult version of that that went over the park. 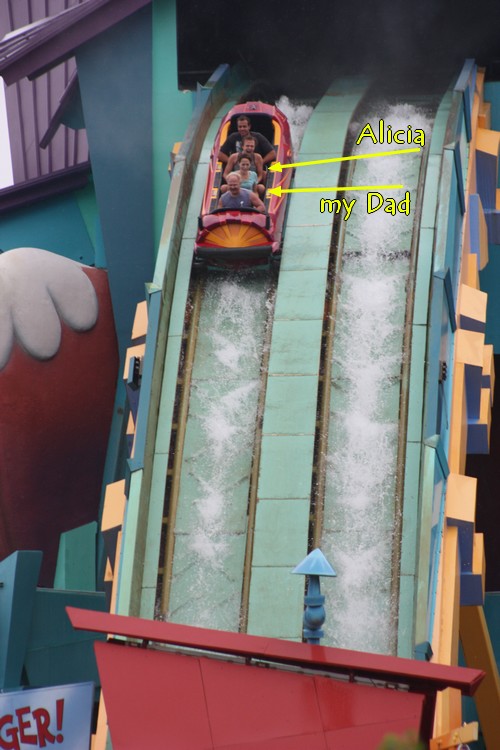 Coming soon to Islands of Adventure is an entire Harry Potter and Hogwarts location.

I am sure its going to be a HUGE hit. 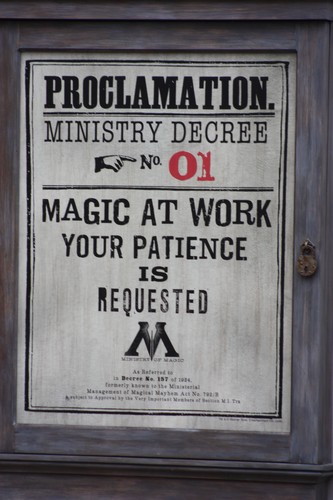 Currently Universal Studios offers a meal plan where you can eat at specific locations in the park. After talking to some employees, who actually recommended we DONT use the meal plan, we skipped it and ended up taking our lunch outside the park at one of the sit down locations in CityWalk. Hey, atleast they were honest, right?

After lunch we walked over to the main Universal Studios park. 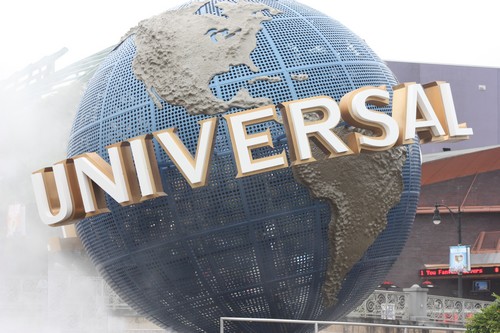 From ride 1 to the last ride, that park was one of the best times I have had in a long time. I attributed Universal Studios to an old outdated park that still hosted Jaws and King Kong.

What I found was a coaster I refused to watch, much less get on, interactive rides, games, and interesting shops around every corner.

I had a BLAST.

I was actually wishing we had just spent the entire day at Universal. While you are there, do NOT skip the monster show (kinda PG-13)  or the Simpsons Ride. 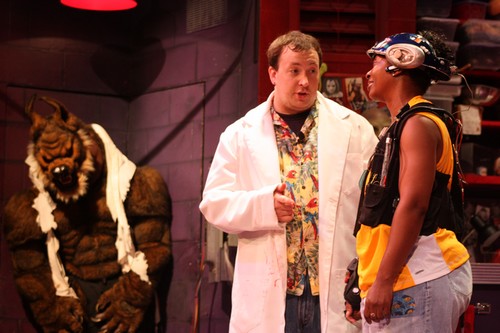 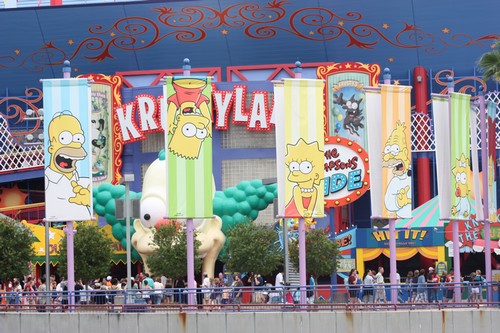 We barely squeezed The Simpsons in the last 2 minutes of the park. They had a special event going on for a concert and if we didn’t have bracelets after 6, we couldn’t get on any rides. The park  employees were actually super nice and still let us in line at 5:59.

Having been to a Disney event recently where a special event was going on, I can say that they push you out and direct you out of the park almost immediately when the event starts. Universal let us walk around and go into shops and eat on the way out without escorting us to the front gate. It was a lot more low key in how they handled it.

1500 calories in rice krispie treats, candied apples, and cheesecake and one wall climbing and psychic reading later, we made it out of the park exhausted and wondering when we could come back next.

Overall Impression: Massive updates, great ticket price, and perfect location make Universal Studios the park for older kids and adults alike. I recommend the Main park over IOA personally, but of course it depends on the ages of your children and what kind of experiance you are looking for.

Let me leave you with one last Important Tip:

TAKE A PICTURE OF your car location.

Experience a one-of-a-kind holiday celebration at Universal Orlando®®, featuring a live version of “How The Grinch Stole Christmas.” At Universal Studios®, the Macy’s Holiday Parade™ takes to the streets with new balloons and floats, marching bands, colorful performers and more!

Plus, don’t miss the all new Holiday Concert Series in the Universal Music Plaza. Enjoy some of your all time holiday favorites as performed by Mannheim Steamroller on December 5th; Chris Isaak on December 12th; and Natalie Cole on December 19th! Resort, December 5th through January 1st. Join in the fun of Grinchmas™ at Universal’s Islands of Adventure 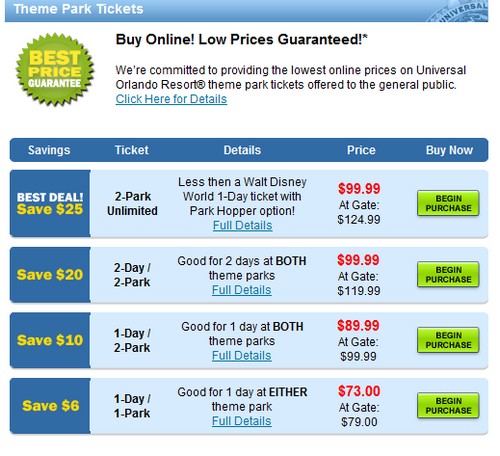 Tweet
Pin1
Share
1 Shares
Note: this article may contain affiliate links. If you make a purchase using one of these links, I may be paid a referral fee at no expense to you.
« Medieval Times (and some tips!)
How to Make a Crayon Roll » 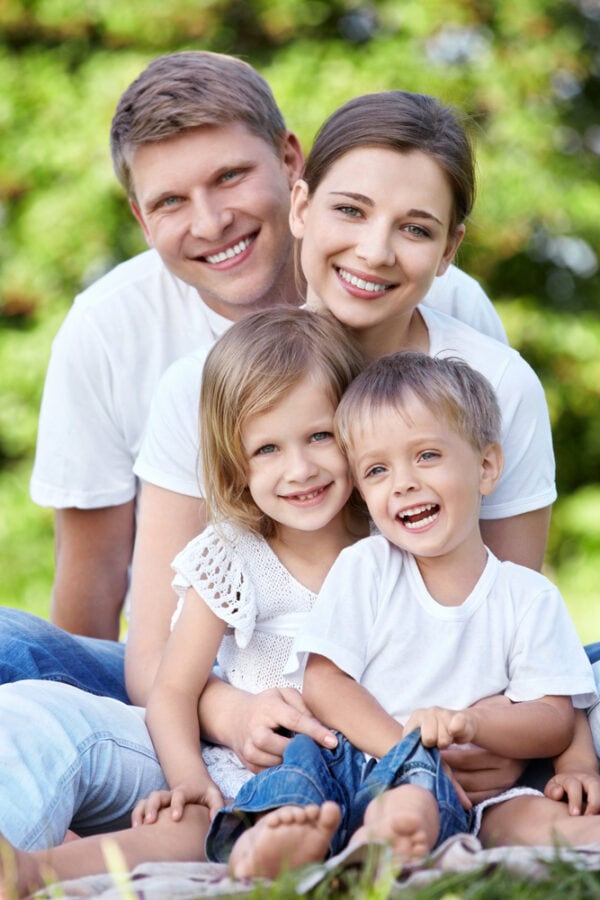