Soon after my parents married, my mother’s extended family came together to build a cabin 30 minutes from our home, in the Rocky Mountains.  Not only did we live surrounded by the mountains that boast “The Greatest Snow on Earth,” but we also had access to hikes, waterfalls, and mountain vistas overlooking some of the most picturesque beauty within the United States of America.  Let it be known that Utah has some amazing land.

Many an adventure was had with cousins in the woods surrounding our cabin.  Many blood-curdling screams were heard as my Grandma told ghost stories around the campfire.  Let me just say, the shrieks that erupted from a woman that stood at just 4’11” could scare even the most seasoned thrill seeker!  Our near-yearly family reunions were a highlight of all of our summers, not just my own. 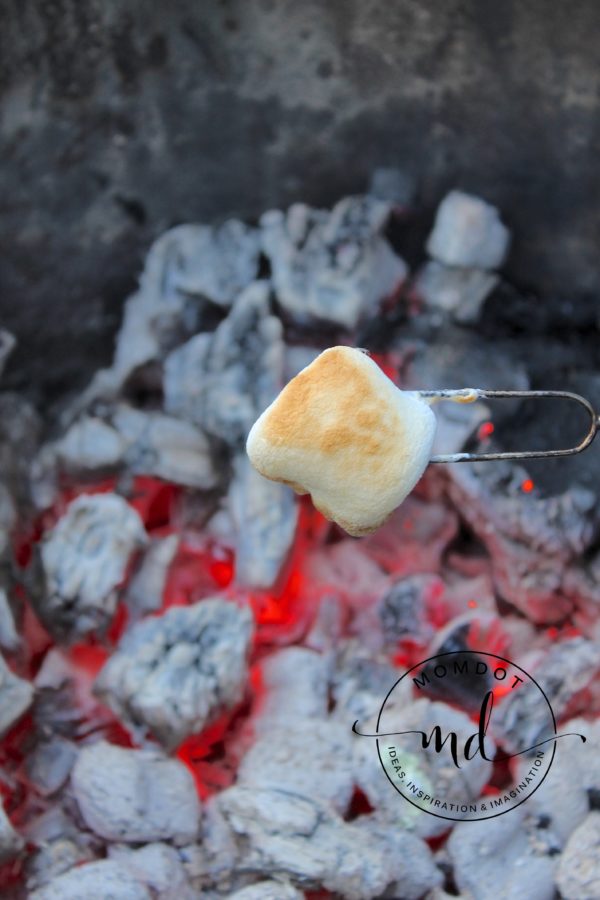 One year there were warnings that a black bear had been sighted riffling through trash cans, in search of food.  Being just 10 or 11, the news wasn’t that we could possibly see the bear, but that we most certainly would.  Before arriving, I convinced myself that I’d wake in the night to a bear that knew how to open locked doors, and was in search of a small child just my size.  What bear wouldn’t want to nibble on my extremities, I ask you.

The morning after our arrival, our extended family decided to go on a hike.  Ashlee (my sister just younger than myself) and I decided that we were going to do our own thing, staying a bit closer to the cabin, and generally being adventurous and adorable.  About an hour later (honestly, it could have been more like 10 minutes, time means nothing to children) Ashlee and I heard a sound in the bushes just ahead of where we were standing.  Gripped with fear unlike any we’d ever known, certain we were being hunted, we walked faster in the direction of our cabin.  And then we saw it… a black back moving through the trees.  We would have won the Gold medal for sprinting, I guarantee it. 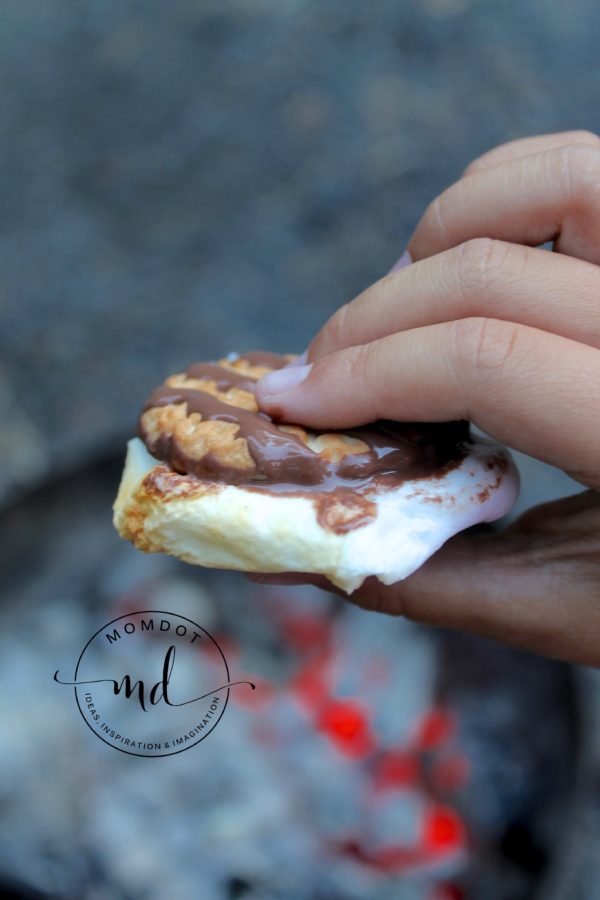 We blazed inside, locking the doors, asking each other if we should push the loveseat in front of the door for added protection.  We’d never spoken of it before, but I realized then that Ashlee thought as I did– bears most assuredly can open locked doors!  Adrenaline made us run like the wind, but couldn’t help us move the couch.  So we just prayed it was a dumb bear.

Near tears in our fear, we peeked (yes, peeked) out the window, wanting to know the exact moment that we should pee our pants and start to cry in earnest.  We could barely draw breath.  And then we saw the back, and squealed….. and then abruptly stopped.  It was not, in fact, a ferocious, door-unlocking, child-eating bear, but a cow.  A cow that could probably be categorized as a teenager, sauntering lazily down the driveway.  Manic in our relief, our giggles were hysterical and severely crazed.  Good thing we didn’t have to put the couch back. 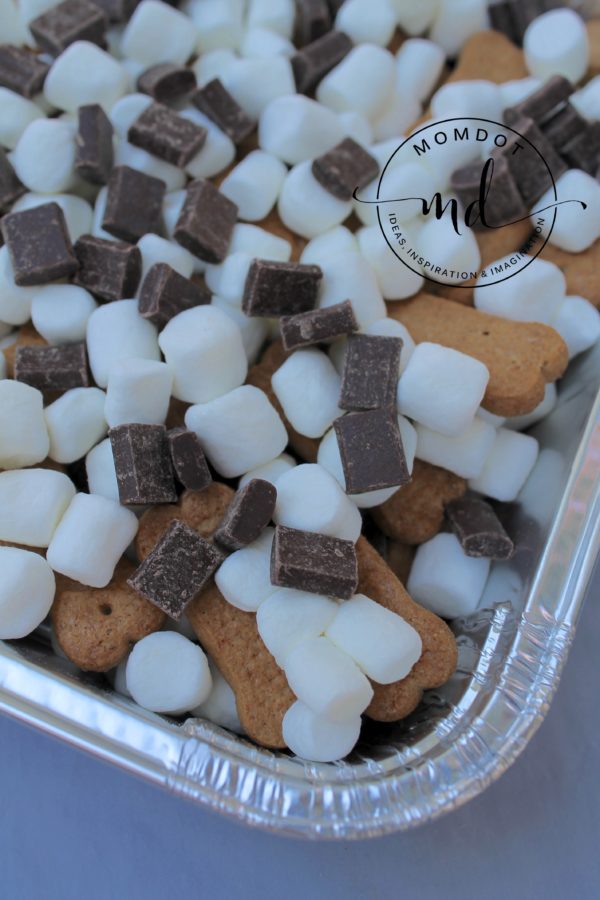 Camping is magical when surrounded by loved ones, beautiful nature, and adventures that combine the two. Even the occasional threat of bear nibbles, funny enough.  It is a universally known truth that no camping trip would be complete without a campfire, or S’mores.  Here are two of our favorites! 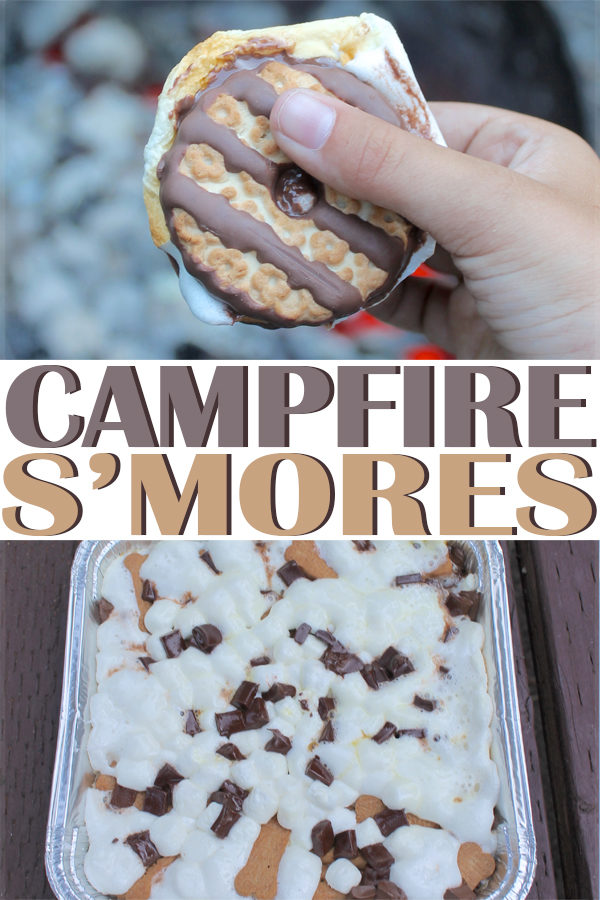 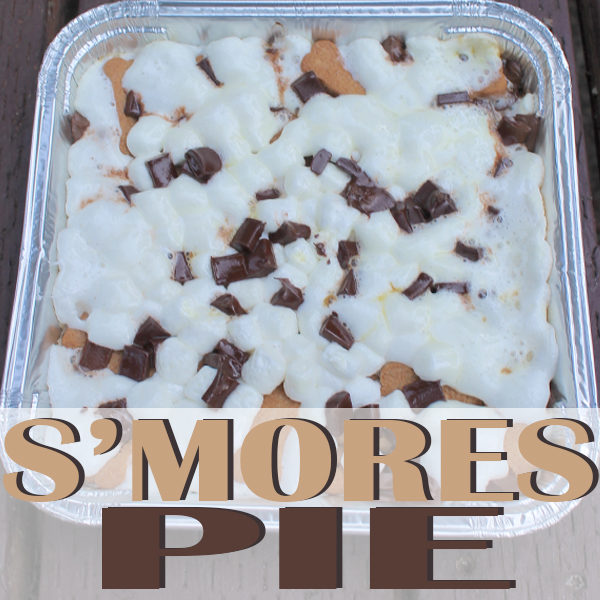 While S’mores do not generally need more than teeth and hands to consume them, this ooey-gooey goodness will make the additional supplies well worth it! 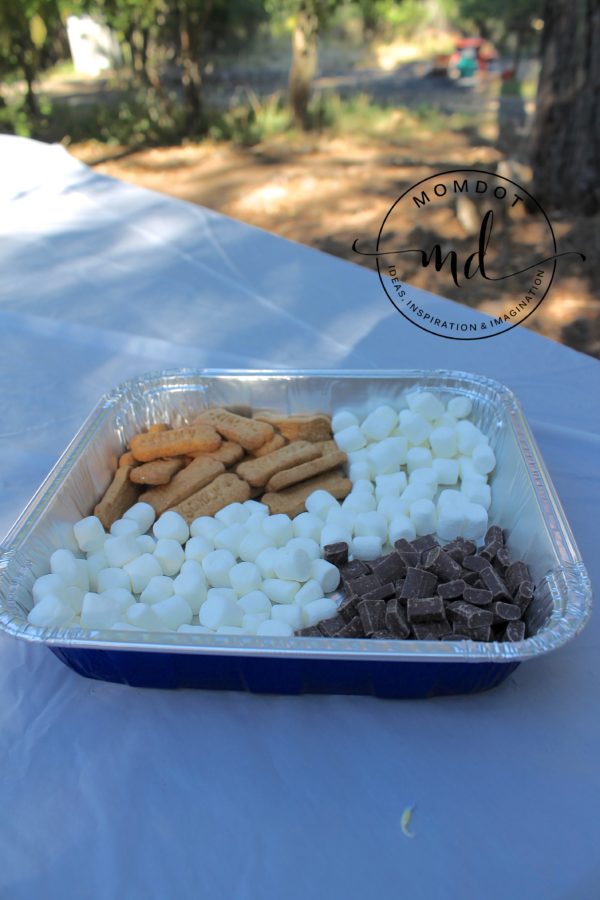 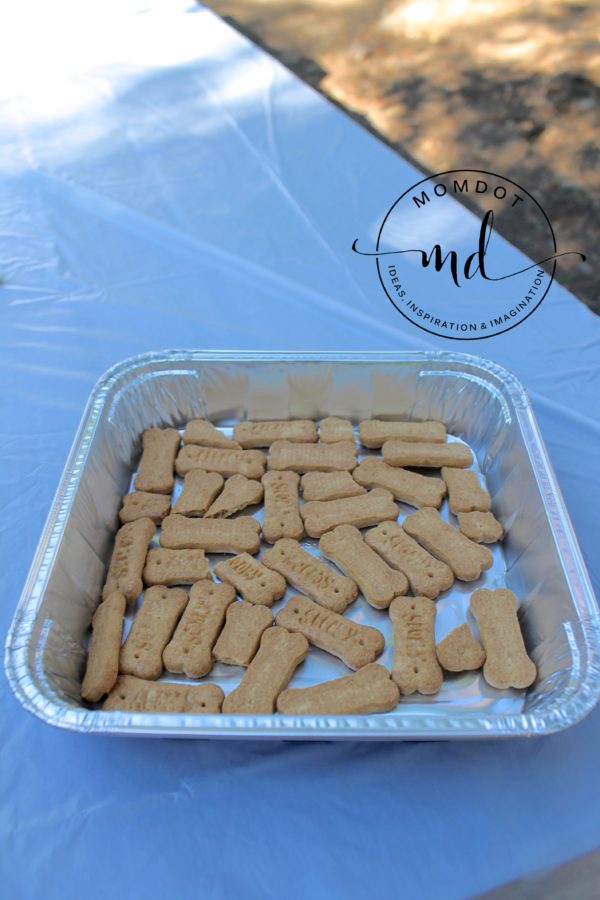 Layer graham crackers in the bottom of the foil pan. 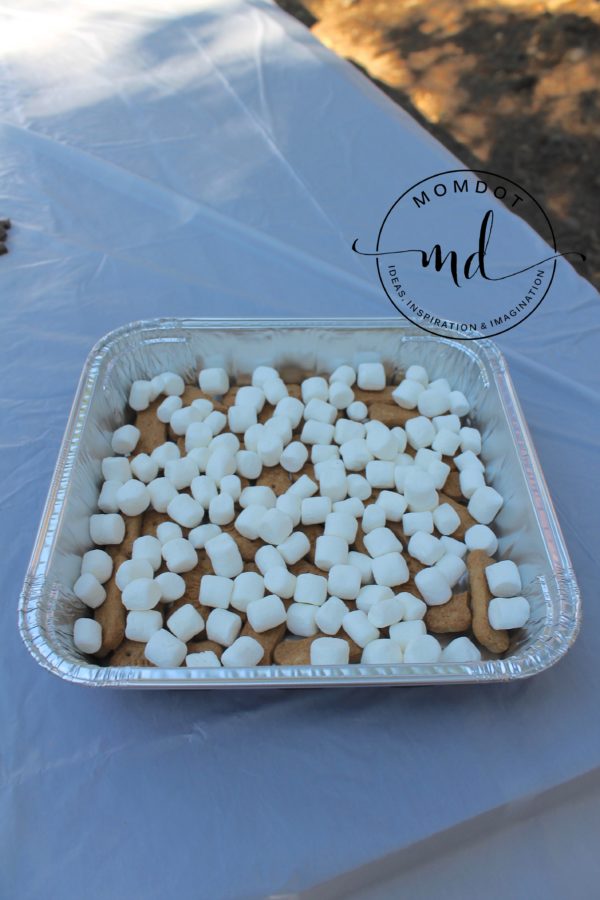 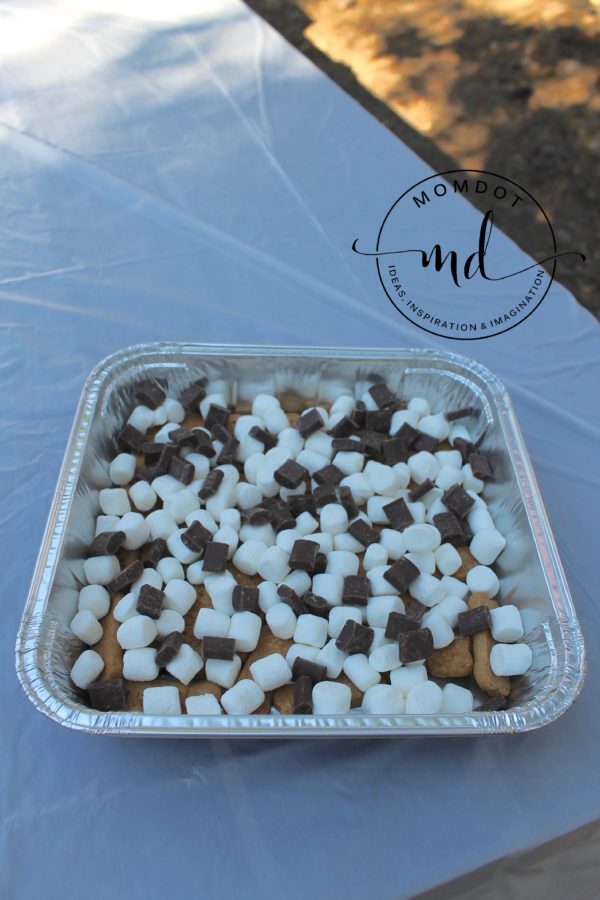 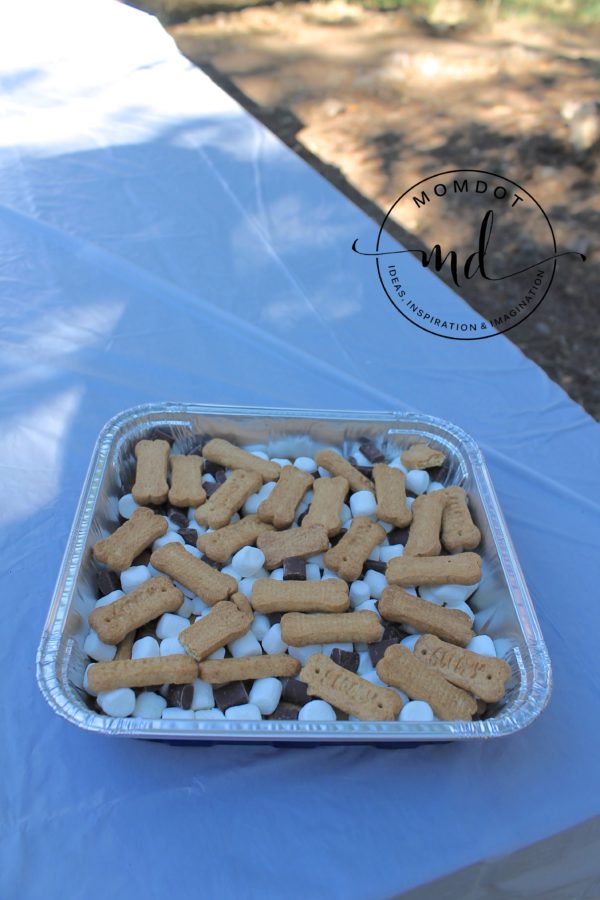 One more layer of graham crackers. 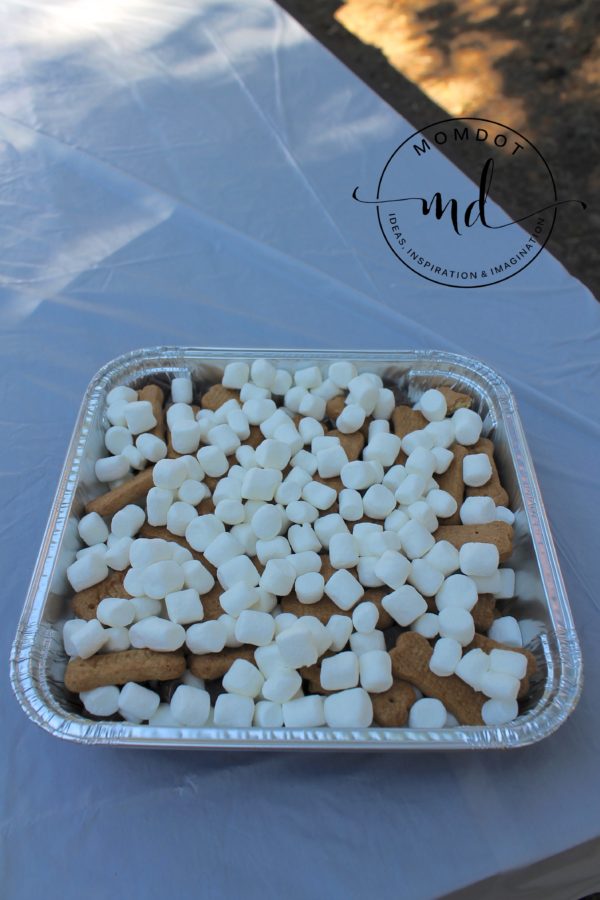 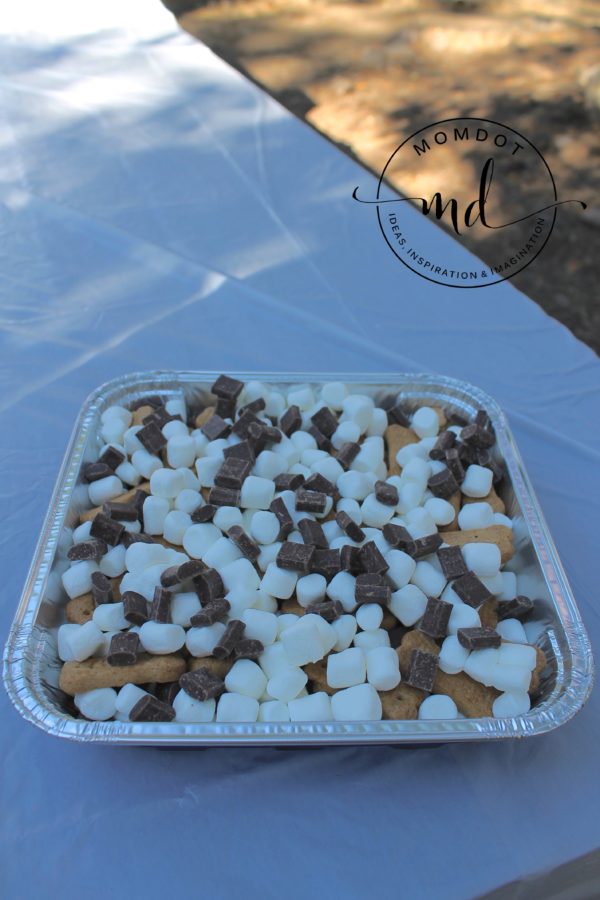 And more chocolate chunks.  I love chocolate so much, I could have just unloaded the rest of the 12 ounce bag right here, but I withstood the temptation.  Barely.  As it stands, you’ll used about 6 ounces of chocolate for this size pan. 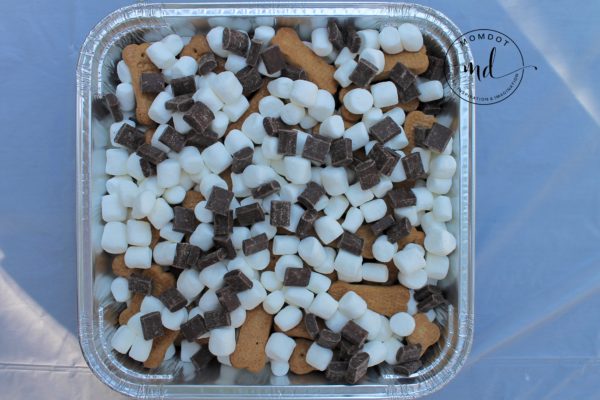 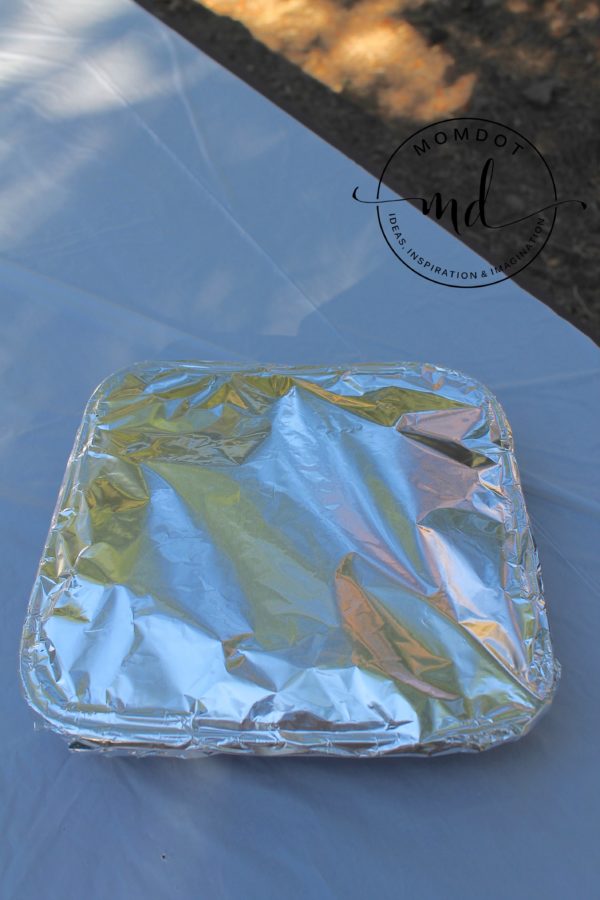 Place on a grate above the coals.  I would recommend keeping the pan as far away from the most intense heat, since it could easily burn.  Watch closely, because it doesn’t take much for this to get too hot. 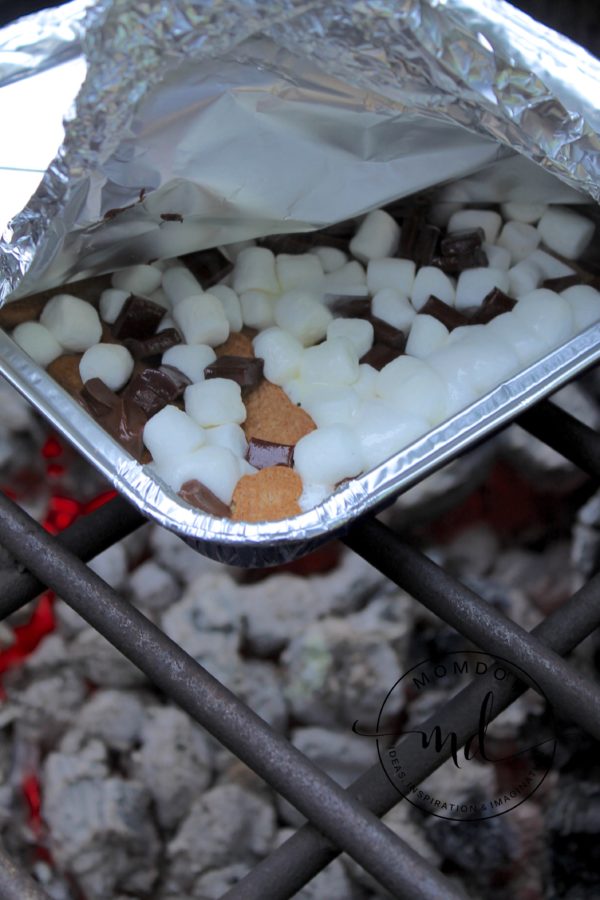 Check often.  Scent is a great tool you can use here.  If you smell the chocolate, you’re pretty much done!  Because heat of the coals differs so much, I cannot tell you an approximate of how long this cooks for, you’ll just have to watch this one closely. 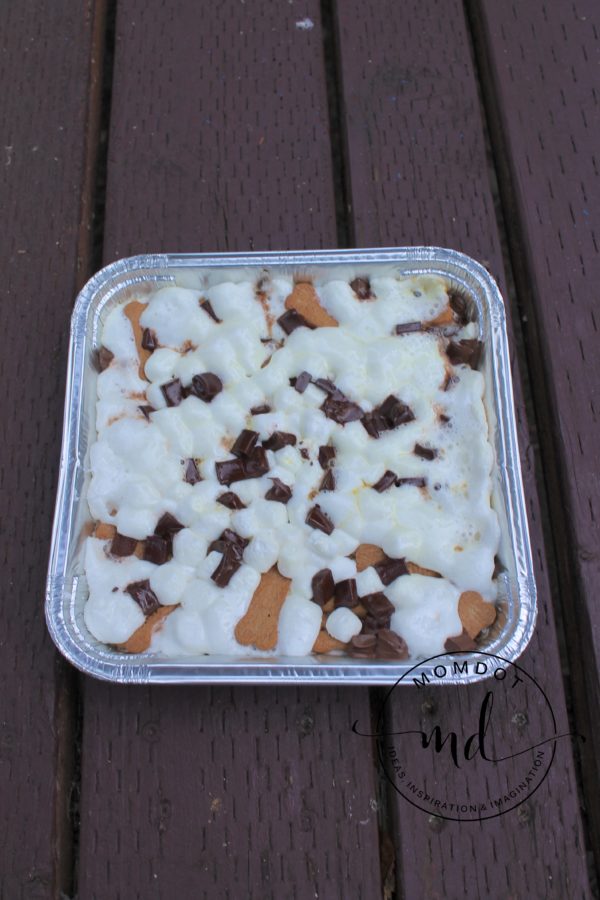 This smelled divine!  Wanting to make it just a little more fun for the younger kids, I added a small handful of mini M&M’s. 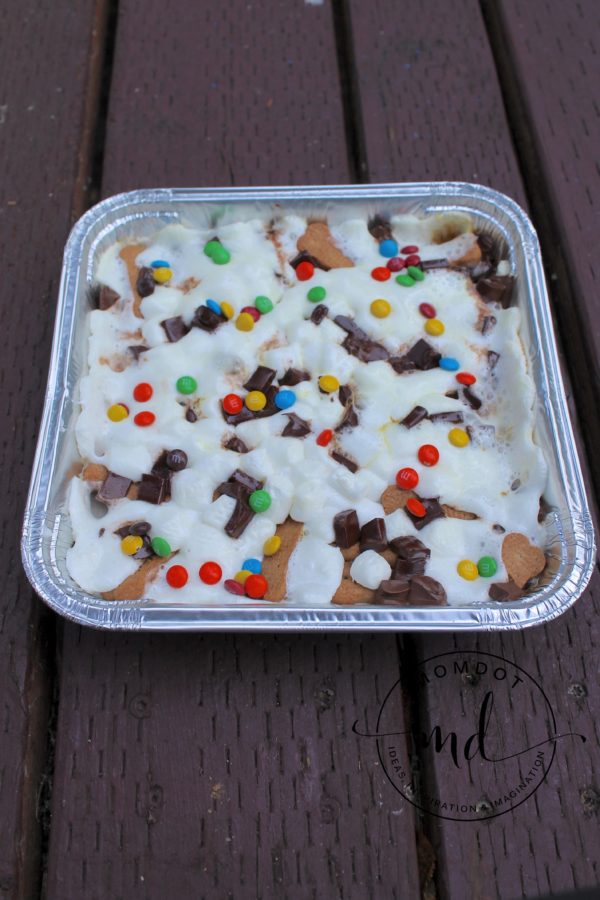 Not necessary, but it was fun to hear their glee at the color.

Scoop out your desired amount and dig in! 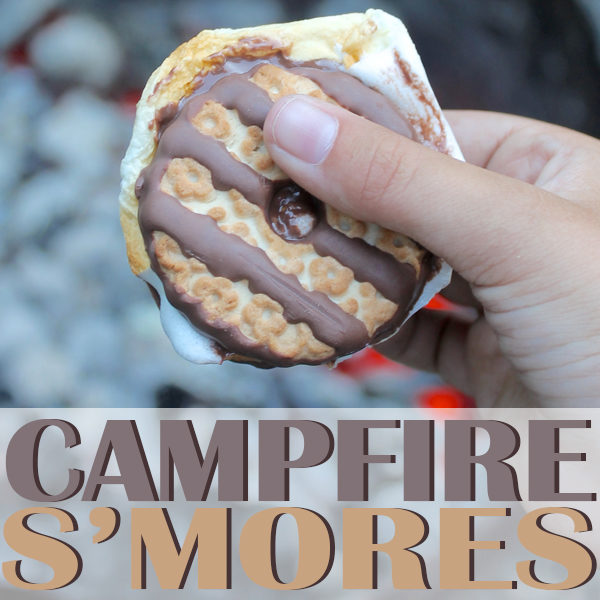 The application for toasting the mallow is the same as it has always been.  Far enough away from the flame, yet close enough to gently brown each side of the sugar puff.

Oh, and if the mallow does catch on fire, do not, under any circumstances, shake it and swing it around in an effort to put out the tiny blaze.  How many times do we have to tell the kids that?  At least three times each and every night, apparently, for the rest of their childhood. 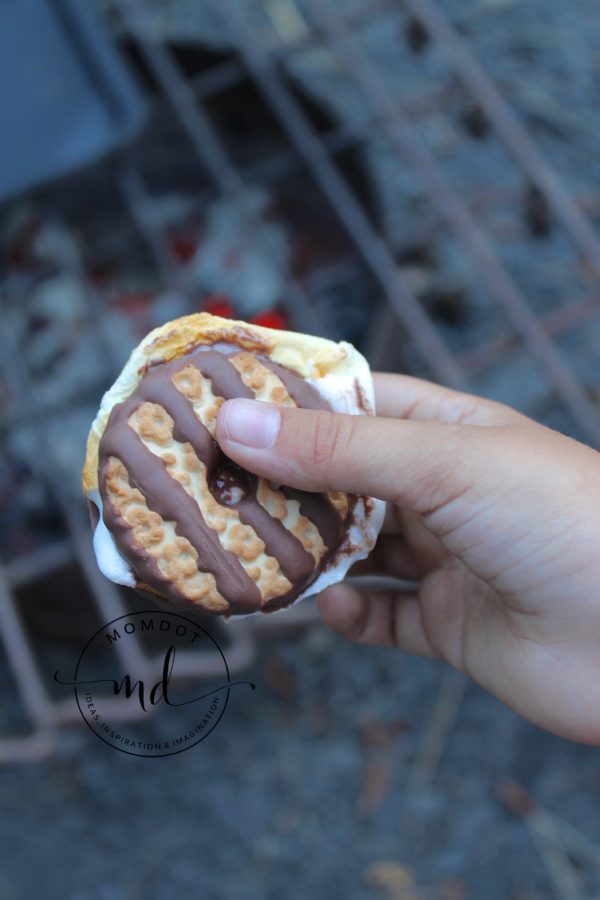 Because the chocolate comes ready-made! 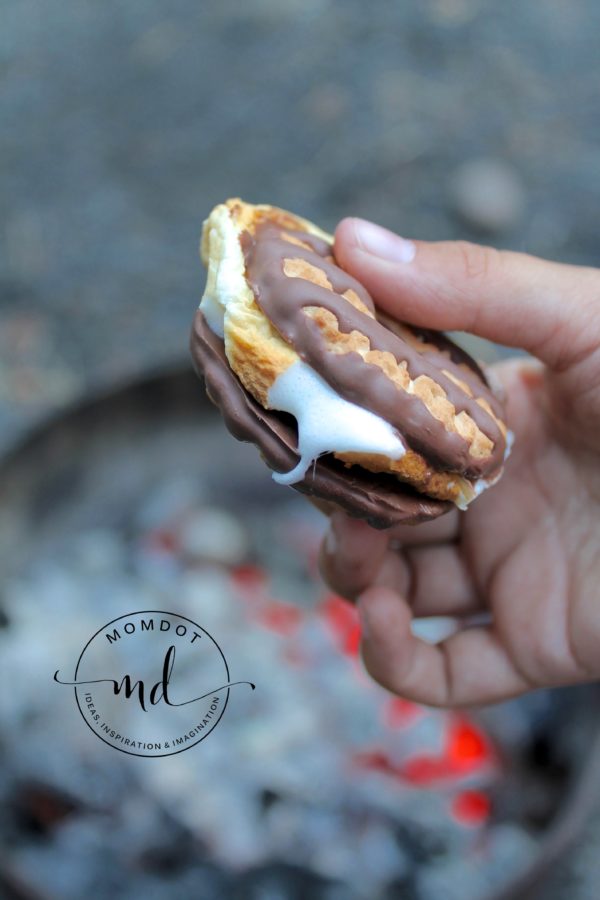 The next time you strike up a blaze, surrounded by love and laughter, remember these two recipes– they’re sure to make the memories that much more magical!

Tweet
Pin190
Share2
192 Shares
Note: this article may contain affiliate links. If you make a purchase using one of these links, I may be paid a referral fee at no expense to you.
« Insomnia Cookie Recipe: Bake For a Better Night
Sun Catchers: A Kids Craft DIY »