I’m not sure if I am the only one, but some of my most favorite meals rocket to top go-to spots if I’ve eaten them soon after giving birth.  Seriously, after that much strenuous work, food just tastes better.  Mana from Heaven, nothing has ever tasted this magnificent type of flavors.  So it was for this meal.

I was due to have my fourth child in early March 2008.  Because of some health issues, my doctor wanted to induce me earlier, which I was totally fine with.  Begging, actually.  When some of my symptoms took a turn for the worse, it was suggested that I go earlier than the first induction date: February 29th, Leap Day.  I was not enthused.

You see, I am one that loves numbers and dates.  I love celebrating things, so I was super concerned that with a birthday day that only comes every four years I wouldn’t know when to celebrate.  There was also rumor that the government wouldn’t put his actual birthdate, instead choosing one of their own, since some systems weren’t equipped with February 29th dates.  It was all hype for nothing, because, come on, it was 2008 not 1908, but it still caused me stress thinking of having a baby born on that day.

February 28th started with a phone call from the hospital; they had an opening for an induction, if I wanted to take it.  Sadly, Randy was out-of-town.  “Steph, even if I was in town, I wouldn’t have wanted to.  You don’t get that close to having a Leap Day Baby and not go for it!”  I thanked them, told them my husband wasn’t in town (to which she asked if he was even needed *giggle, giggle*), and told them I’d see them bright and early the next morning. 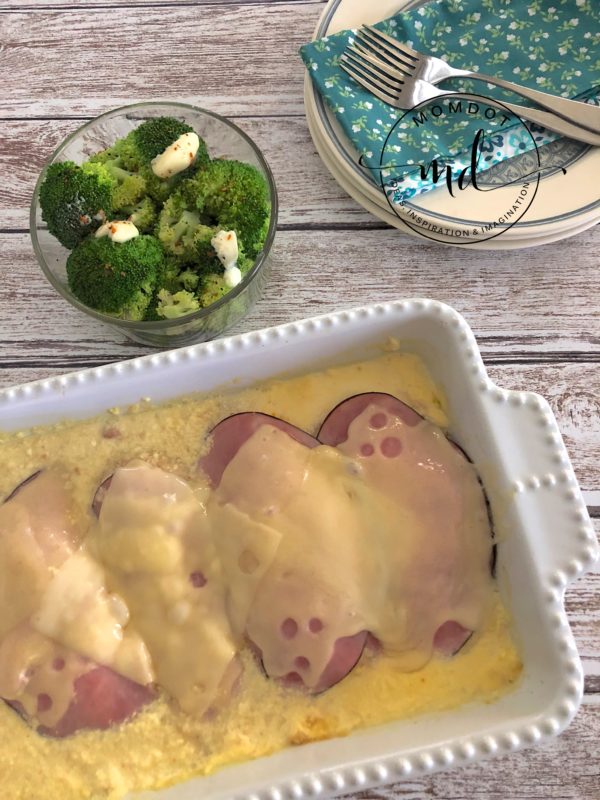 February 29th started the same way– a phone call from the hospital, but exactly the opposite of the day before.  There were too many women having “natural” births, they’d call me if/when I could come in.  Oh, Randy was in a dither!  I’m fairly certain he wore a path in our hardwood flooring pacing around, waiting for that call.  It finally came just after noon.  As we were driving there after dropping off another child at a friend’s home, Randy, in all seriousness said, “Steph, you have 12 hours to push that kid out.”  Turns out, I wouldn’t need 12 hours.

Long story short: My epidural (placed about an hour after we arrived, not long after they broke my water) didn’t have time to work.  It was a weird feeling expecting the epidural to work– the epidural you knew you’d have with every single baby because you are a freaking scaredy cat– and yet feel the contractions coming on top of each other without relenting, faster, faster, faster, harder, harder, harder.  At one point, I heard a strangled scream and was confused for a second.  Somehow I knew it was me that had screamed, but I don’t remember actually screaming, almost wondering if it was actually a scream at all.  Before I knew it, it was time to push.  Even at 3 weeks early, that boy came out weighing 8 pounds.  And I felt it all, even though I shouldn’t have.

Funny: The epidural started to work after he was born, but only in my left leg.  Not funny: I still had to pay for the epidural that didn’t numb when it was supposed to.

While in the hospital, a friend actually brought Randy and I dinner!  Saying she hadn’t ever liked hospital food, she wanted us to have something delicious to celebrate our Leap Day Baby.  While I still wasn’t too enthused about his every-four-years birthday, I was excited to dig into her generous meal.  And, oh, did it taste like a million bucks!  Before she left, I begged her for the recipe.  Every time I eat it, I remember that day, now 10 years ago (or 2 1/2 years ago, which is what he likes to tell everyone), when a baby hurried into this world, and a friend fed my belly with a delicious meal and my soul with her generous friendship. 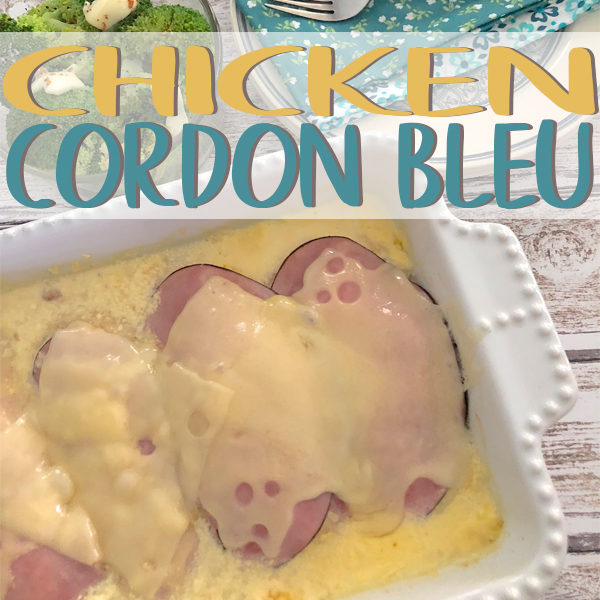 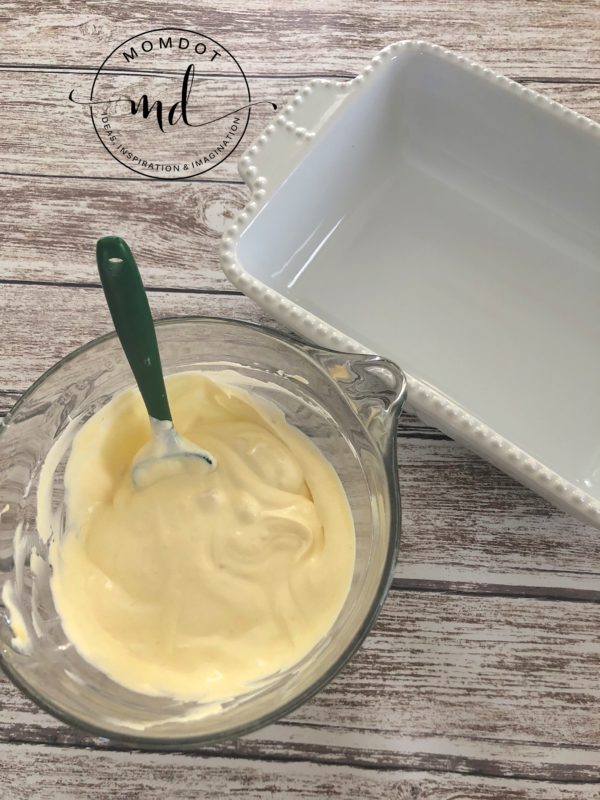 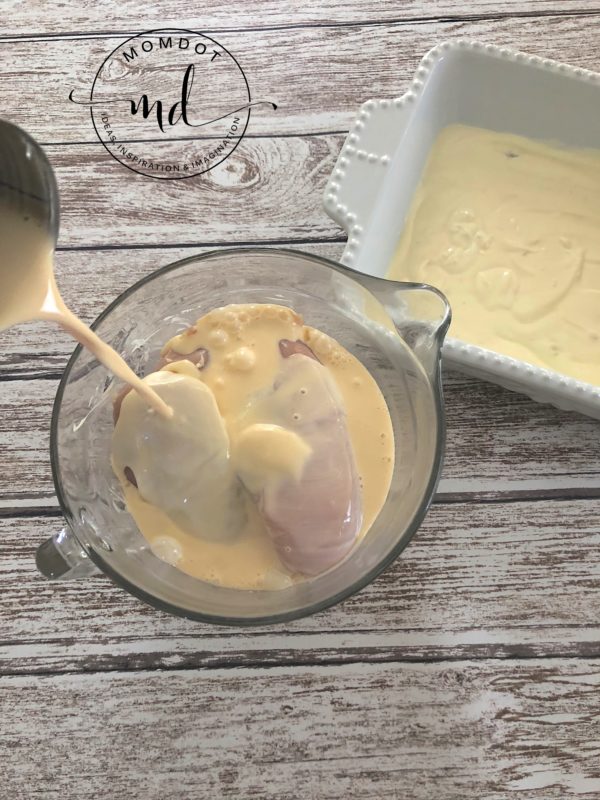 I like to allow my chicken to soak in the evaporated milk for about 10 minutes.  I think it makes the chicken just a little more moist. 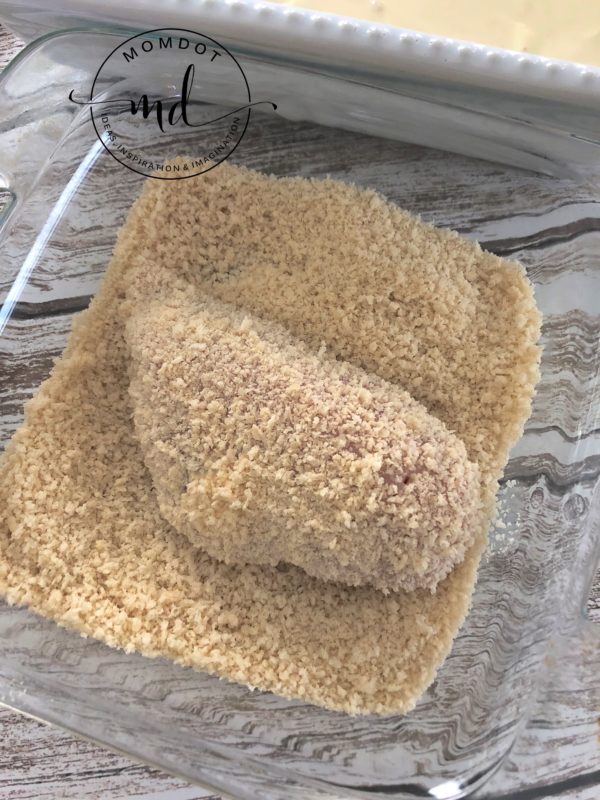 However, it is not necessary, so you could simply dip each chicken breast into the evaporated milk and then dip them in the bread crumbs. 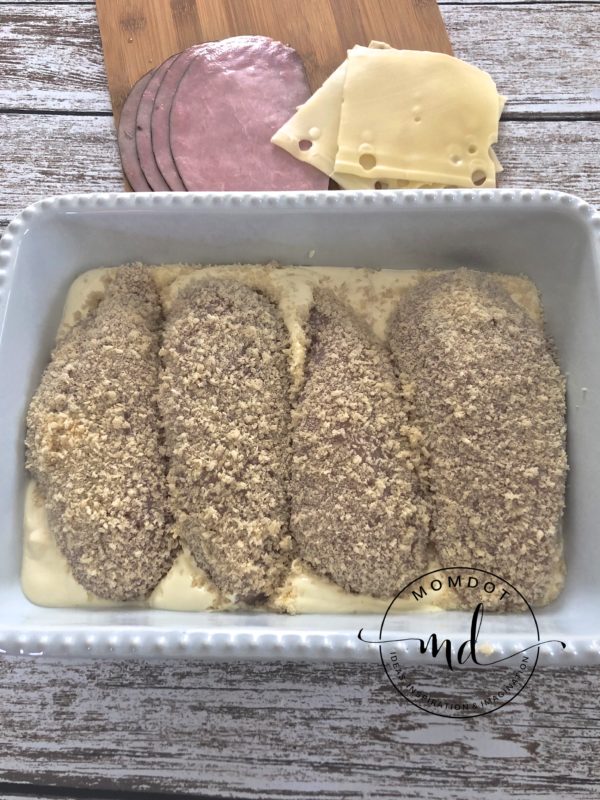 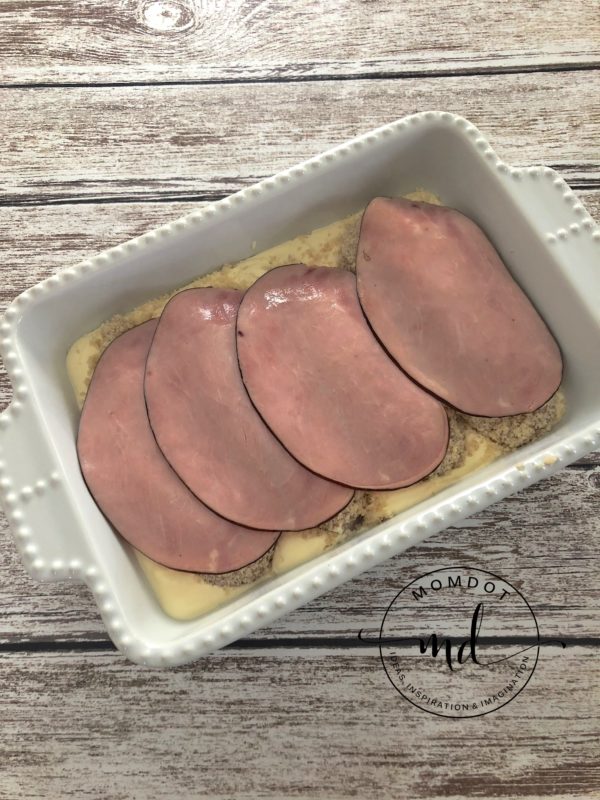 Lay a slice of ham on each chicken breast. 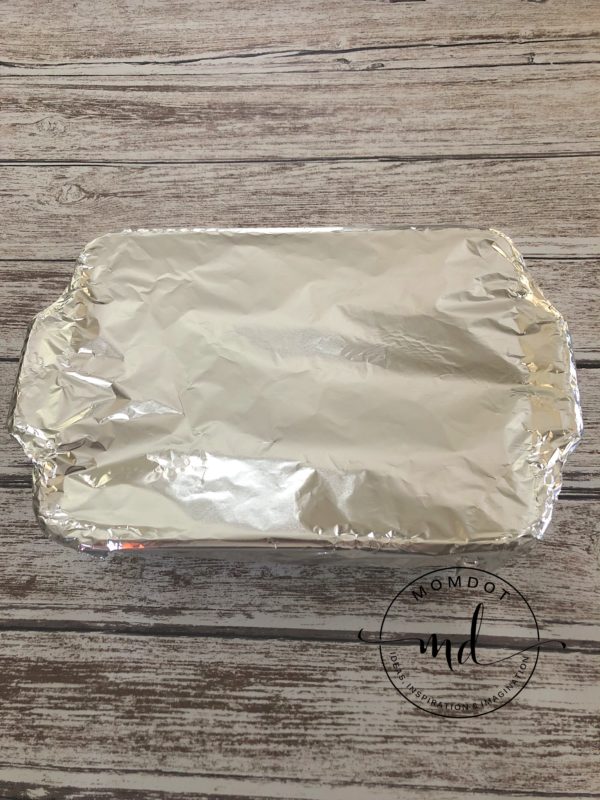 Cover with aluminum foil and bake for 55 minutes, or until the chicken is 165 degrees in the thickest portion of the chicken breast.

For more tips on how to bake chicken properly, check out my Baked Parmesan Crusted Chicken recipe. 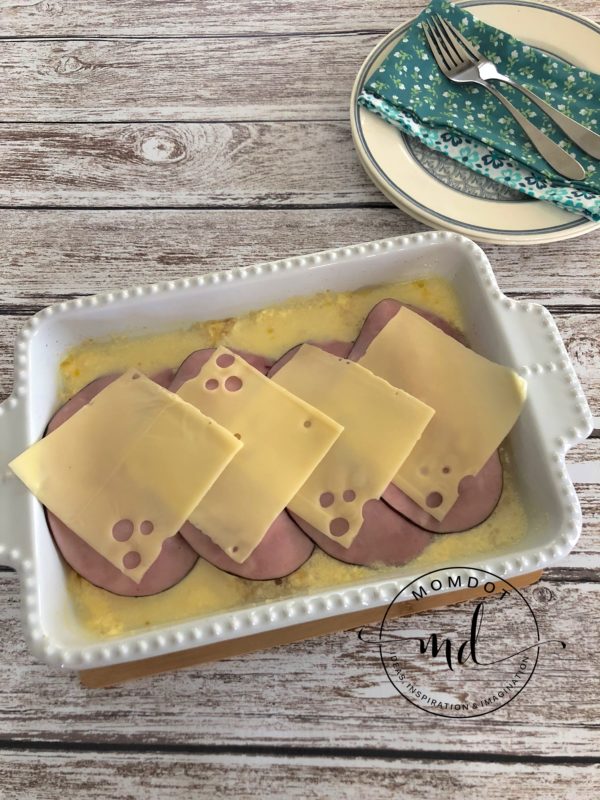 Once your chicken is cooked through, remove the aluminum foil.  Place a slice of Swiss cheese over each ham topped chicken breast and bake for an addition 5 minutes.

Serve with the soup mixture drizzled over top. 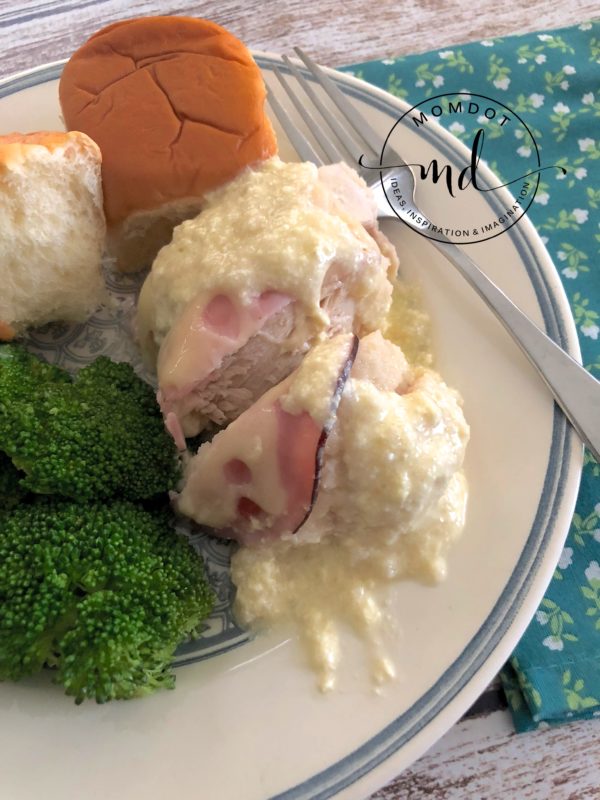 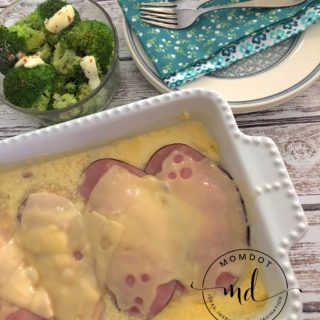 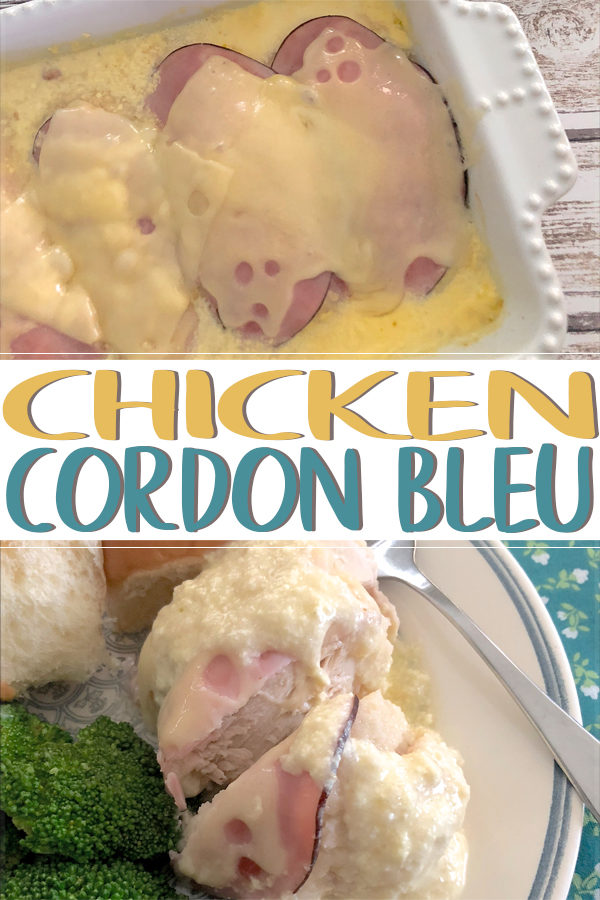 CHECK OUT SOME OF OUR OTHER CHICKEN RECIPES

What about you?  Any meals taste better after strenuous work?  I’d love to hear about it, so comment!!

Tweet
Pin285
Share3
288 Shares
Note: this article may contain affiliate links. If you make a purchase using one of these links, I may be paid a referral fee at no expense to you.
« Ebates: the online shopping hack that PAYS you to shop!
10 Things I Wish I Knew Before I Became a Mom »